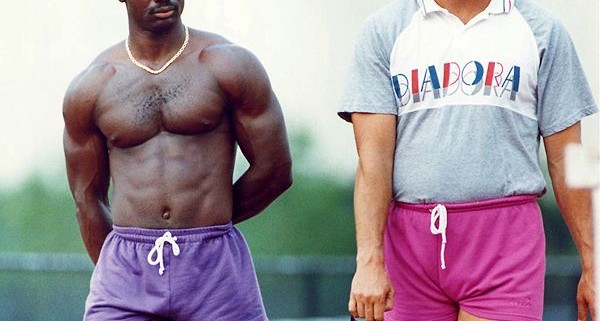 Track and field realized it had a doping problem long ago; if Ben Johnson in 1988 wasn’t a wake-up call for those final fans pleading ignorance, then they were never going to wake up. Since then track and field has been on the path to recovery, but I do not think anyone envisioned it would take this long.

The World Anti-Doping Agency (WADA) recently released a new version of its code that increases penalties for first time offenses to four years. This is a good step forward, but insiders of the sport are still quick to point out each positive test as an exception rather than evidence that a systemic problem still exists. Doping is surely down over the past few decades, but we are not rid of it and individual athletes are not the reason it still exists. It exists since there are still coaches and administrators in this sport who have a hard time envisioning a sport without doping. In fact, with stricter doping rules and better testing methods, it now truly takes a team to dope and get away with it. Even in the Ben Johnson case it was a team effort, not merely one athlete acting alone. The recent Russian doping scandal, which seems to implicate the federation, testers, and even some in the IAAF, gives one glimpse of the problem. But you also have other federations trying to be creative with the rules by giving retroactive bans and/or offseason suspensions. 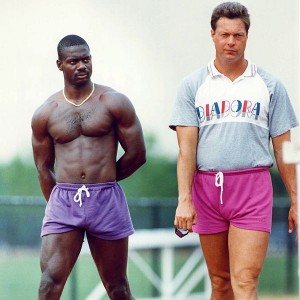 Clearly, something has to be done to not just punish the offenders, but to reform the system. The two leading candidates for the IAAF Presidency are both against doping, but are spouting the same zero tolerance and education rhetoric that have not solved the problem in the past. As long as we have coaches and administrators that think they can only win with doping, then our sport will not overcome its dark history.

Case Study: The World of Finance

I spend my days working in another field that has been upended over the last decade: banking. After the 2008 financial crises, the rules had to be changed. In Switzerland, we have implemented additional changes to shift away from secrecy and towards only working with clean assets. This is a monumental change. When you advise client that is not paying taxes, it is not a level playing field as they are almost guaranteed a positive return. But once assets are taxed, the playing field is level again and in order to keep clients you have to prove you can perform. It is no longer about how well you can wine and dine someone, but how much money you can add to their accounts. This transition is hard and some bankers just cannot adapt.

Change, however, starts at the top. New employees enter the banking world without expectations of how it used to be and easily learn from their superiors what is accepted behavior. Therefore defining a new culture of compliance comes from effective leaders.

Finding managers with a spotless record is not easy as most senior employees lived through the old world and many were actively involved in the problems it created. In a more extreme example West Germany’s first postwar Chancellor, Konrad Adenauer, was once quoted as saying “You don’t toss away dirty water when you don’t have any that’s clean.” But people adapt differently. I see this every day in talking with people in my industry. Some people learn, some don’t. The banks now thriving are those that have found leaders than can adapt to live in the new world, play by the rules, succeed, and set a positive example for their teams. Those that can’t are slowly dying.

What does this have to do with doping? The shift in the new banking world is similar to what we are facing in sport. It is not possible to just start anew. While our sport has changed over the last few decades, many top names in the sport were themselves athletes or coaches back in the heyday of doping. Therefore we also need to figure out how to deal with leaders and coaches that are not willing to accept the new world. As a sport we cannot afford to just let them die out on their own as they will drag the sport down with them.

The WADA code helps address some of the extreme cases. Coaches actively involved in doping can be banned, as Jon Drummond was in the Tyson Gay case last year. Apparently Russian race walking coach Viktor Chegin, who has had at least 20 athletes test positive, faces an imminent ban too. Even more recently Kenya announced that agents would be banned after being linked to doping. These rules have been in place for a while, but anti-doping agencies were reluctant to use them until recently.

Rules in the new code also seek to drive the nonconforming coaches out of the sport by giving athletes a stronger incentive not to work with them. WADA Code Rule 2.10 provides potential sanctions for athletes that associate with coaches or support personnel serving a ban. Therefore someone like University of Virginia throws coach Martin Maric, who tested positive himself before last summer’s European Championships, is not only putting himself at risk by coaching while serving a doping suspension, but also putting the eligibility of his athletes at risk too.

But these are the clear cases. What about the grey areas? These are not currently, and likely should not be, regulated by WADA. Fixing the other cases requires individual federations or teams placing higher value on character in coaching decisions. A decade ago character was well down the list of requirements for most jobs, but after pressure from athletes and media change is coming here too.

The media storm around the USATF’s choice to name Dennis Mitchell as head coach for the IAAF World Relays was one example last year. Mitchell was banned for doping as an athlete back in 1999, as was his wife who was also on the staff. A LetsRun article on the controversy was picked up by the New York Times and other mainstream media outlets. While the USATF didn’t backpedal, and in fact appointed Mitchell as head sprint relay coach again at the 2015 World Relays earlier this month, I can see other organizations are starting to learn from this mistake and look at a coach’s past connections more closely.

More recently the Australian Olympic Committee blocked Athletics Australia from pursuing Kevin Tyler as its next head coach. Tyler is more than qualified for the job, having formerly served as Strategic Head of Coaching & Development for UK Athletics and Director of the Canadian Athletics Coaching Centre. The issue that held things up is that he was coached by Charlie Francis, the infamous coach of Ben Johnson, several decades ago. While Tyler was never sanctioned himself and has always fully cooperated with authorities, his name was mentioned in doping inquiries.

But you have to be very careful when using this line of reasoning as it suddenly becomes a slippery slope. You can play six degrees of separation to doping with everyone in our sport. Heck you only need one or two degrees for most people, myself included. My own first coach and mentor, Harold Connolly, openly admitted to using steroids before a Senate subcommittee, albeit in an era before they had been declared a banned substance. The coach for most of the rest of my career was part of the Soviet system. But their views have evolved. Simply put, people can change and this needs to be taken into account too.

We can argue about where to draw the line in this grey area. But we cannot lose sight of the fact that character needs to be at the center of these decisions. Although LetsRun is known for their hard-line approach to doping, in the end their coverage of the Mitchell affair was not asking for much. Their main request had nothing to do with the rules, it had to do with morals: they wanted Mitchell to come clean and explain his history with doping. In the end we are looking for individuals we can trust to put in positions of authority. If a coach can’t give a straight answer, then there are plenty of other coaches out there to fill these jobs.

If we want the sport to move forward, we need people in authority who we can trust and who can lead by example. We too often rely on the doping authorities to fix the problem, when many of us also need to do our part by asking the tough questions. No matter how many positive tests there are, the doping problems will linger until coaches and administrators will answer each one.