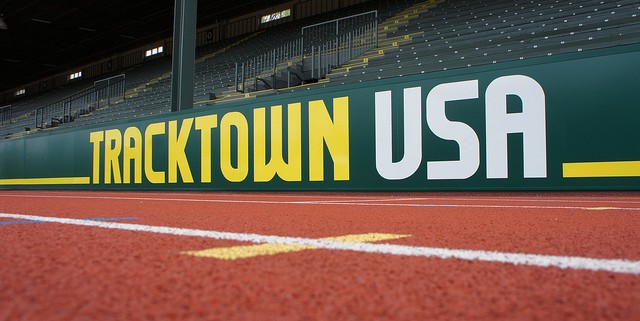 On Thursday we posted our USATF Championships women’s throw guide. With stars and depth in every event, it will be an exciting meet starting on Thursday. But that is only half of the action. The men will also bring some big names to the table, led as always by a strong group of shot putters. With all the great throwers converging on Eugene we may have to rename the city #throwstownUSA by the time the weekend is over. Below is a in depth look at each of the men’s throwing events taking place at next week’s championship. 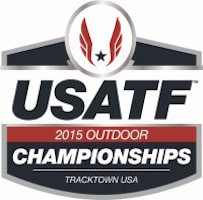 If I asked you a year or two ago to imagine a U.S. Championship with Reese Hoffa, Christian Cantwell, and Ryan Whiting where none of them are favorites, you would have said I was crazy. But that is exactly the situation we have this year. Joe Kovacs won USAs last year, but this year has been his true arrival on the international scene. He’s dropped big throwers, some otherworldly warmups fouls, and most importantly competed well internationally. Kovacs showed he could throw far last year, but didn’t yet show the consistency. Now he’s shown he can back it up nearly every meet. He has captured the last two diamond League wins and has lost to an American (Hoffa and Whiting in Doha) only once this season.

Whiting has been very strong too, but the unexpected name in the mix will be Jordan Clarke. In his second year as a pro he’s been throwing 21 meters consistently to beat the likes of Hoffa, Whiting and Cantwell. He also has two runner-up Diamond League finishes, the most recent from last weekend in New York.

As this is one of the top events for the U.S., a half dozen other guys are also capable of the podium. For example, I haven’t even mentioned new NCAA champion Jonathan Jones. Few would have picked Kovacs to win last year after all so don’t count anyone out this year either.

While the international qualifying standards are getting out of hand in the discus, the American men are slowly strengthening and adding depth. This year three throwers have reached the World Championship standard of 65 meters and are led by Jared Schuurmans. Schuurmans has become one of the most experienced in a relatively young field and will play the role of favorite for the first time. He has yet to lose to an American this year, but it will how far his throws measure outside the wind venues of southern California where he hit his 66 meter throw this month.

Defending champion Hayden Reed won while in college last year, but has not been in form so far this year. The top collegiate thrower this year looks to be Rodney Brown. Brown started the year with an amazing string of competitions, but was handily beat at last week’s NCAA championships, placing seventh in a field led by Sam Mattis. He also struggled at the NCAA and US championships last season.

Lance Brooks, a perennial favorite, has scratched from this year’s meet. But a sleeper to watch is Chase Madison. He has faced relatively little competition so far this year, but enters the competition with the second best mark in the country and the conditions in Eugene may suit his throwing style. 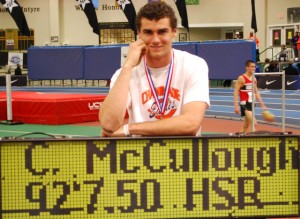 High school record holder Conor McCullough leads the nation and has a shot at taking home his first US title.

After switching back to the US Last summer, Conor McCullough is ready to make the team for his first international championship since winning the world junior title for America back in 2010. Conor is fresh off a seasons best and his second furthest throw ever en route to a dominating win in the same ring at the NCAA Championships. She seems to be primed to contend for his first senior title. However right with him are veterans Kibwé Johnson and A.G. Kruger, who just split their latest match ups in Tucson last month. The season’s best was a bit of a wake up call for Johnson, who seems to have found a good groove. I obviously have a conflict of interest here, but as defending champion he might still be the favorite even though he is third in the rankings.

As I pointed out in my season preview, the subplot here is that the US might send a full squad to the World Championships for only the second time in the last 20 years. As it stands now, both McCullough and Kruger have teacher the 76 meter qualifying mark. One more would have to get it or maintain a top 32 world ranking to fill out the squad (Johnson and Michael Lihrmann both currently have a top 32 ranking). Lihrmann will be looking for redemption after a poor NCAA finish and has really broken through this year. Colin Dunbar is also over 73 meters and has an outside shot of making the standard. And while Chris Cralle was near the standard last year and has been a consistent podium finisher, he will not be at the meet this year.

Former NCAA Champion Tim Glover threw an early world lead in April, the first American to do so since Breaux Greer, and still leads the national rankings. But at last weekend’s New York Diamond League meet it was Riley Dolezal who competed best with the big boys by finished fifth with a season’s best. Defending champion Sean Furey wasn’t competing, but he and Glover are the only athletes that have reached the 82 meter world championship qualifying standard this year. Two-time NCAA champion Sam Crouser will also have a home field advantage and be looking to be in the mix and hopefully break 80 meters for the first time since the 2012 Olympic Trials, also held at Hayward Field.