Both Coe and Bubka have stellar resumés that will surely push the sport forward. But sometimes it is a bit difficult to see the differences between them. Both are currently vice presidents at the IAAF. Coe won two Olympic golds; Bubka won one, in addition to six world titles. Coe set 11 world records; Bubka 35. Coe leads the British Olympic Association; Bubka is at the helm of the Ukrainian Olympic Committee.

Even their proposals start to look the same. Bubka wants more street events, and so does Coe. Coe is zero tolerance on doping, and so is Bubka. Coe calls for a reform of the athletics calender and, suprise surprise, so does Bubka. And I could go on.

But there is one area where there is a difference. I’ve never seen Coe pick up a hammer, but earlier this year Bubka not only did that, but stated on the record his support of our event while visiting Primoz Kozmus’ school in Slovenia. When asked about the problem of the hammer throw being excluded from the Diamond League, Bubka responded:

“The concern is about the damage of grass and spectators security but I believe the time has come to solve the problem. Every athletics discipline must be treated equally, there should be no compromise about that.” 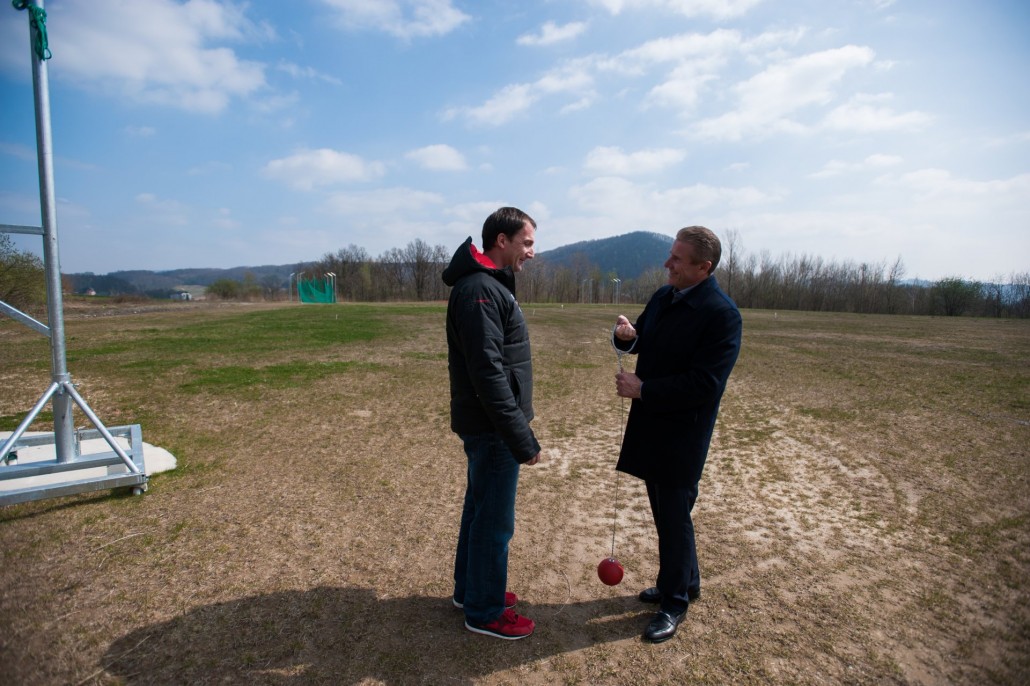 It is one thing to talk and another thing to do something about it. But up until now no one at the IAAF has had the courage to even breach the topic of event discrimination. Instead you get flawed arguments trying to justify our exclusion from the Diamond League and statements that the hammer challenge is just for us. There is no denying that this simple decision has had a terrible impact on our event and Bubka’s background as a field event athlete, as well as having a two-time Olympic medalist in the hammer throw as his chief of staff, help him get the point and finally speak on record about it.

Therefore I challenge Coe to show us his hammer. Specifically I have two questions for him:

Let’s make this a campaign topic and hear what both candidates have to say, and plan to do, about this.