Have you ever noticed how you never see Olympic shot putter Reese Hoffa and astrophysicist Neil DeGrasse Tyson in the same place at the same time? Speculation has arisen in the throwing community and elsewhere that this phenomenon smacks of the Clark Kent/Superman variety.

Besides a mutual interest in mathematics especially as it pertains to the Rubik’s Cube, Tyson seems like he could at least out-throw Bill Nye. 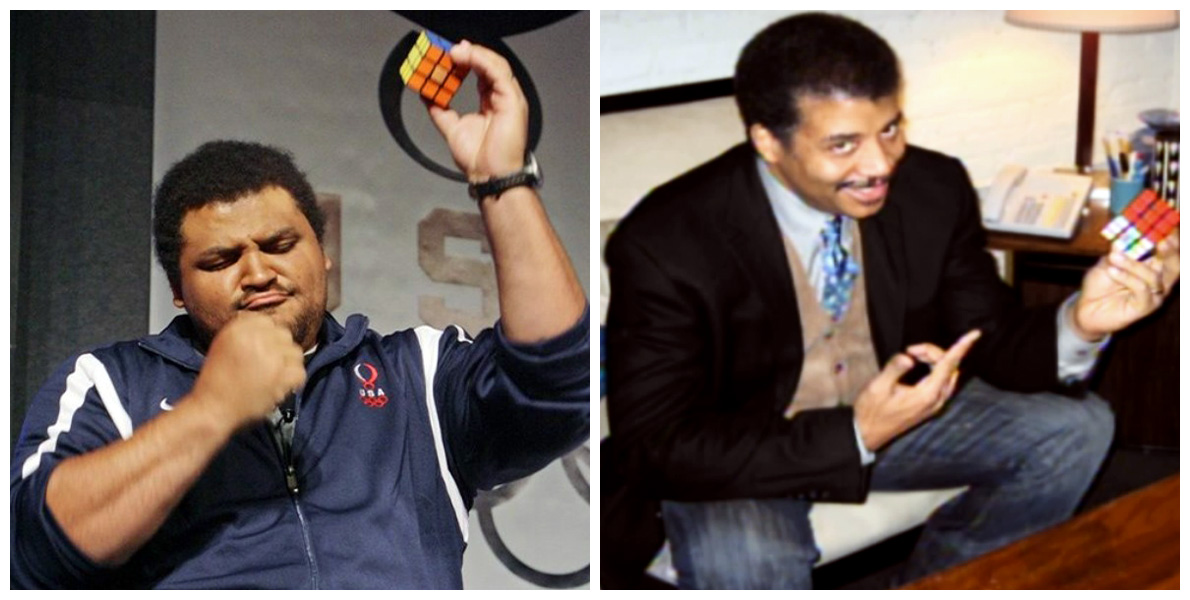 When reached for comment, Reese Hoffa was nonplussed. “Listen, there are an infinite number of parallel universes. A universe where I am an astrophysicist isn’t just possible its logically necessary and absolute. But . . .” he added, eyes twinkling “. . . this isn’t that universe.”

Tyson had this to say: “The idea that I am an elite world class shot putter who has thrown 21m over 100 times, is preposterous. At best I was a 20.50m athlete and” he pauses to take a voracious bite out of a deep fried turkey leg “everyone knows that I always struggled turning on the ball of my foot and that I heel turned out of the back! Is Reese Hoffa a heel turner? I don’t think so.”