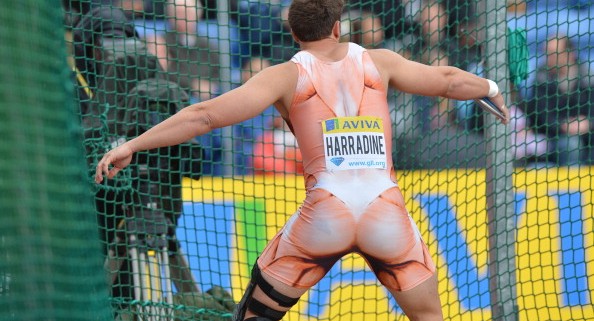 Our sport has a problem: the Diamond League is banal and familiar. Every competition whether viewed live or through the truncated telecast, is predictable. Similar events with similar athletes wearing similar uniforms, just in a different venue with a slight increase or decrease in performance. That is the Diamond League as we know it.

Many will argue that “that is the nature of track and field” and that it should be spectated as such but it’s just not true. There are many meets throughout the world that are unpredictable, entertaining and evoke some sort of mystery that seduces an audience into spending money to come and spectate. We don’t need to change the sport, we need to change the presentation.

Promoting and selling the sport requires constant vigilance and creativity. This is not being captured by the Diamond League concept. This is evident in its ever-flailing sponsorships arrangements, dwindling meet budgets, overly saturated athlete sponsorship deals and lack of visibility worldwide.

The television packages that are sold and presented should be aimed at recruiting new consumers of athletics. Helping them to understand a sport in a creative way, which is loyal to its history but contemporary in its presentation. It should also energize new fans and have them looking forward to tuning in each meet. Right now it does neither.

Along with the stagnate state of the sport comes a tired list of excuses as to why. The exact same cycle of why some events are left out of packages and programming “is the way it is” are an insult to the intelligence of the public and the athletes affected. Yet nobody bothers to ask these questions as there are too many other attractive options for an audience to switch to. Then we have the downward spiral of companies who are unwilling to invest in a sport that has not progressed. A sport that no longer engages an audience and agents have to work harder and harder to turn a dollar for their athletes and therefore themselves.

Change Does Not Need to be Difficult

Reinventing the presentation does not mean we need more fireworks or cheerleaders on the sidelines. It can mean focusing on the points that make our sport unique such as the diversity of countries and diversity of body types. Athletics hosts the whole spectrum of sport in one meet, from the 100-pound Kenyan distance runners competing alongside 350-pound American shot putters.

Reinvention can also come in the form of executing simple things well. For example at the Birmingham Diamond League meet earlier this year the crowd erupted during a post-race interview with Dina Asher-Smith. She even quickly quipped “Wow, something awesome must have just happened.” But watching from home one had no clue what happened; only ten minutes later was there an anticlimactic explanation of what happened: Kenyan javelin thrower Julius Yego had launched the furthest throw in nine years. We are actually lucky anyone got to witness it as many field events are currently held two hours before the Diamond League meets start and deprive the ticket holders of the experience too.

Our point is that Yego was an unknown to everyone but the sport’s most loyal fans, yet the crowd cheered louder for him than anyone that day and Spikes Magazine even listed it as one of their top five moments from the Diamond League this year. But moments like this are left out of the presentation simply because that is the way it has always been done and the sport loses as a result.

→ Related Content: After the first year of the Diamond League Martin provided some suggestions on how to improve the series.

Olympic Opportunity On the Horizon

Next year is set to be massive. The Olympic Games year would be perfect platform to launch a new, seductive, mysterious product that mutually benefits the athlete and the consumer. The sport could again become engaging and entertaining creating an environment like never before. There are many many creative people who have enough energy and positive ideas to help launch it. Yet for some reason, there is resistance, resistance that is doing nothing but forcing the sport into decline rapidly. The die-hard fans will nearly all remain, but their interest will slowly wane and the growth and marketability of the sport will go along with it.