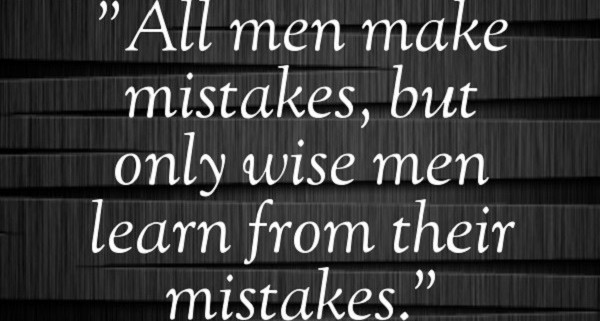 Take a look at politics, business, and sport and you will consistently see leaders unable to admit their mistakes. When the USATF was in the wrong in the whole Nick Symmonds affair they wouldn’t admit they made the slightest error even though they later reversed their position on their athlete’s agreement and athlete revenue sharing, Symmonds’ two main points of contention. Those in power often think that admitting a mistake shows weakness, but in reality not admitting mistakes puts you in the weakest position you could be in. Why is it then that it is so hard for us to admit mistakes?