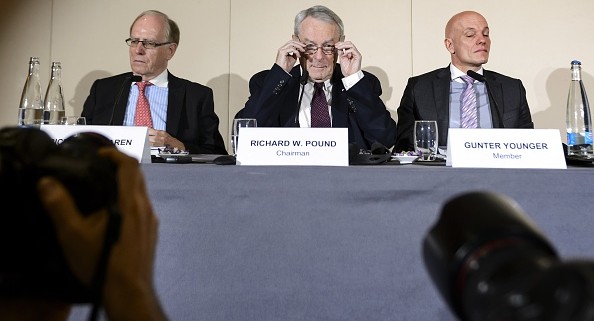 For the past few months, the IAAF has been embroiled in the latest of its many doping scandals. Last week, President Sebastian Coe unveiled a road map to restore credibility to the sport. If you were waiting for new ideas to attack a long festering problem, you will no doubt be disappointed. While Coe recommended doubling the doping budget, what they would do with that money is more of the same. The major issue in this most recent case is first and foremost that corruption made testing ineffective, not that there were too few tests or too little budget.

The IAAF is not alone in this approach. When other sports have faced the same issue, the proposed answers also look backwards and do more of the same: more tests, more controls, more of the same rules. The problem is that these answers put more and more power in the hands of those who are out of touch with our sport, as I wrote about last month. In effect, they turn athletics into more of a totalitarian police state. Instead, we should be looking to include more athletes in the process. If you talk to athletes they know where the issues are, they know how to solve them, and they have the most skin in the game to make our sport better. But rarely are they involved in the process other than being required to give up more rights so that the leaders of our sport become more powerful.

Doing more of the same won't fix our problems; it just gives more power to the sports politicians. Click To Tweet

It might sound like hyperbole when I say we are turning the sport into a police state, but it is slowly happening. Already every good performance is viewed with suspicion and athletes must constantly report their whereabouts. If this trend continues we may start having our movements tracked, our blood and urine constantly collected, and all the details of our life open for inspection by doping authorities. If this new world develops, what will be the point? There will still be athletes that try to cheat, just as there will always be individuals that commit crimes.

Crime is a good analogy since one way to reduce crime is to flood the streets with police. Studies have shown that more cops reduce the impact of crime. But who wants to live in a city with cops all over the place? We all want to live in a place that is safe without a cop on every corner. And these places do exist. I live in one in Zurich, where crime rates are among the lowest in Europe even though per capita we have a fraction of the number of police as in America. Even New York has seen crime rates fall recently at the same time that the police department has shrunk. While a surge in police helped after crime waves in the 1980s and 1990s, crime rates have continue to fall now that fewer police are on the street in part because the communities start to police themselves. The communities change their internal definition of what is appropriate behavior and who is accepted into the community. People stop committing crimes not because the police tell them to stop, but because their friends do.

We are at the surge phase in athletics. But do we have a plan for what to do next to make this a community people want to live in? Otherwise we will keep moving towards a police state without an end in sight. It is a shame if athletes are basically required to dope to compete at the highest levels, but it is equally shameful if athletes are constantly under suspicion and have to give up all civil liberties to play a sport. And it is no coincidence that corruption rates are high in police states and our own sport is now witnessing unprecedented corruption too. In a police state more power is accumulated in the hands of fewer individuals, making corruption easier for those with a financial stake in the status quo. More of the same is not the long-term solution we are looking for.

Athletes Have the Answers

As I said above, athletes are the ones most affected by doping but are rarely involved in the process other than being asked to pee in a cup. But if you follow the sport on Twitter, you will see how many athletes are fed up with the current state of affairs and want drastic change. The most vocal opponents of doping now are the athlete. The same cannot be said of our current leadership, since in most cases drastic change means they are out of their job.

Drastic change means changing the culture of our sport. It means making sure everyone understands that you can compete clean and win. This cannot be accomplished from a top-down approach. Another superficial “awareness campaign” will have about as much effect as all the public service announcements to stop drug use in the 1980s. Testing also will not change this mindset, people will. We need to build a new community for athletics based on trust, not fear.

We need to build a new community for athletics based on trust, not fear. Click To Tweet

Moving Towards a Democracy

Currently there is only a small part for athletes to play in the politics of our own sport. This is laughable; just like a democracy where only the rich people can vote. The IOC and IAAF both have athlete commissions, but with no substantive power. They act as a consultative body and can merely give recommendations to those who make the decisions. There are many commission members that put in countless hours to make the most of their limited political influence, but there are also a handful that haven’t competed in years, do not understand the governing body’s political process, and/or are afraid to rock the boat as that might disrupt their future career in sports politics. And when you move down to the federation level, the situation is even worse. Not all federations are required to have athlete commissions, and those with one often have even less influence.

I don’t know the answer to getting the athletes involved in the process, but we need to get this energy moving in the right direction before it is lost. Athletes must be more involved in these decisions at all levels. The international governing bodies should allow for that, and also mandate how federations should incorporate the voices of athletes. This will help us move the sport away from the police state and towards a thriving democracy.