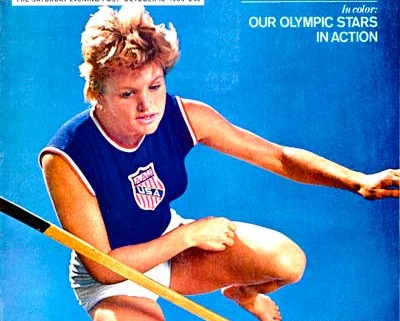 Readers of this site should know the name Harold Connolly. He was not just the last American to win gold in the hammer throw, but also a global celebrity in the 1950s as he overcame adversity to reach the top of his sport for more than a decade. After he retired from throwing he continued as a coach, mentor, and strong advocate for the hammer throw until his untimely death in 2010. What hammer throwers might not realize, however, was that despite all of Harold’s accomplishments was not even the most successful coach in his own household. That title belong to his wife: Pat Connolly.