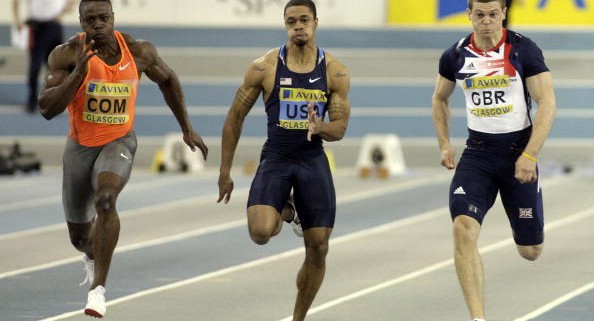 Last week the Rugby Strength Coach Podcast sat down with one of our contributors, Craig Pickering. Host Keir Wenham-Flatt from Argentina Rugby talked with Craig aboud the link between high performance and sports science, his experiences as an athlete, and his transition from one sport to another. You can listen to the whole episode here:

A few topics stood out to me in the conversation because we often talk about them, but rarely have such clear examples as the ones Craig provided from his experience. For example, Craig had a great example of transfer of training from his own experience in sprinting:

I started doing weights when I was 16 and saw massive improvements until I was 20. One year I was doing more weights sessions than sprints sessions, which sounds stupid but I ran really quick that year . . . In the next six years I didn’t run any quicker but I got quite a bit stronger. When I ran my 100m personal best my power clean was 122 kilos, now my best is 140 kilos. Back squat was 190 kilos when I ran 10.14, and finished off at 240 kilos with no improvement in speed.

One of the reason I think that is, is beacuse I put a lot of stock in how heavy I was lifting in training. I tried to lift as heavy as I could, and as you lift heavy you see the bar speed go down and you don’t see all the transfer you want . . .

I had back surgery in 2012 and could no longer do Olympic lifts or squat. I had to start thinking of different ways to do those exercises, and much more single leg specific work. I certainly was as quick with no real drop off. I should have changed things up earlier on, and not placed all my emphasis on lifting weights.

Confidence in the training program is a big thing. That is a bit of where I got lost. I started to second guess coaches and thinking if what I was doing was right. If I had just done the work I would have been better off.

In Jamaica, sprinting is now the national sport. You will get people who plan on the Jamaican U18 soccer team and they will stop to have the chance of being a sprinter. In England it is exactly the opposite. You will get really good youngsters who are quick and then go and play football. A guy that beat me at my first English Schools is called Nedum Onuoha. He now plays right back for the Queens Park Rangers and used to play for Manchester City. Another is Alex Kiwomya for Chelsea. He was one of the quickest 14-year-olds this country ever had. People generally leave athletics to play football in this country; in other countries they leave other sports to have the chance to be an elite athlete. You see the same in Ethiopia and Kenya.