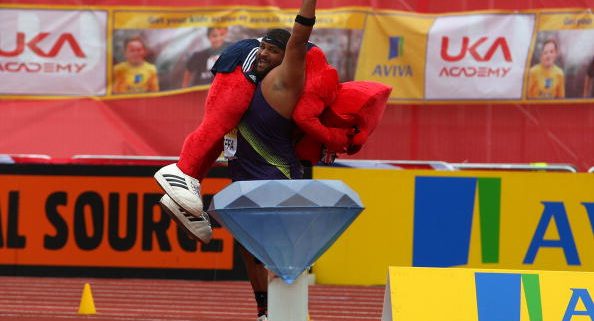 The Problem with How Field Events are Presented

Let’s all admit the sport has a problem: field events are not well presented. Ten years ago Track and Field News editor Garry Hill noted some of the issues: “Can you imagine watching any of the popular ball sports without a scoreboard? No indication of the score, no idea how much time is left in the game? Anybody who tried to sell a sport with that kind of spectator aid would be laughed off the planet . . . Yet that’s just what happens with field events.” Earlier this month Hill wrote that despite all the “innovations” in track and field, these simple problems have not been addressed. Even at the well-tun World Indoor Championships in Portland, for example, the one screen showing the distance of each throw was placed behind fans and barely viewable by the shot put supporters in the stadium. And that was a good situation. At many Diamond League meets the throws are held before the main program, and therefore contested without fans or television coverage.

→ RelTed content: Read more thoughts from Martin and Benn on how to improve the Diamond League’s presentation.

Searching for a Solution

So if we agree about the problem, we have to figure out how to fix it. I chatted with Benn Harradine this week and, as always, he is not one to mince words: 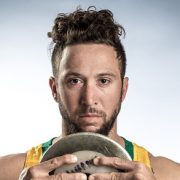 “Come on! It’s 2016! We have drones and snapchat, and all sorts of fantastic ways to get things out. The Diamond League can’t even facilitate an app that works efficiently when tiny organisations like Swimming Australia are innovating a sport on the NEXT LEVEL with so much amazing technology!”

Technology can definitely help, especially when you consider how antiquated their webpage is (background music in 2016, really?). But when we look at many of the innovations that made the recent World Indoor Championships so successful, it was more a matter of doing the simple things right than radically changing the presentation. As Kevin Sully wrote on the Daily Relay: “It’s the type of ‘innovation’ that isn’t really all that innovative compared with other sports.” Things like decreasing down time, letting fans know the standings, and more will go a long way in helping fans connect with the field events.

Reducing the Number of Throws/Jumps Will Not Fix Our Sport

This is not the first time this format has been tried. To my knowledge, a similar version was first introduced at the European Team Championships in 2010. The reasoning given for the change was that the format is more television-friendly and finishes faster. But if you watch coverage both before and after the change it’s doubtful you would notice any difference; in both cases the field events were barely shown on television. The same will be true in the Diamond League where we are lucky if we see the winning throw or jump on television currently. And, if you want to make the event run faster try reducing the downtime, intros, and interviews. At my club we have had throws competitions with twice as many throwers take half the time as the Diamond League.

Athletes take days out of their training, travel hundreds of miles, and most will just get a few throws. The main impact of the change has been that performances were reduced and the same will happen in the Diamond League. Already the Olympic standard was not at any meet in Diamond League last year. The standard was subsequently reduced, but still only four people surpassed that revised mark on the world’s biggest stage. What do you think will happen if the number of attempts is reduced by half for most throwers?

Simply making something shorter does not make it better. If that were the case, the smart marketing machine at the NFL would quickly cut out the fourth quarter. But no one says four quarters is too long, and I have yet to hear any fans complain that the current format is too long at the Diamond League. Four quarters in the NFL allows a story to be told. We need to tell stories; that is what is missing from the presentation of our sport. Even if a faster competition meant more airtime, that still wouldn’t necessarily benefit our sport. Benn told me that it is more a matter of how that airtime is used. If coverage does not show how the competition develops, the head-to-head rivalries, or other information then an extra minute on screen does little to help our sport grow.

Simply making something shorter does not make it better. Better storytelling makes it better. Click To Tweet

In speaking with several athletes and coaches, the biggest frustration about this change comes from the fact that no one was consulted. This, and many changes like this, are made unilaterally without talking to those people best connected with the sport. Many of the decision makers in athletics are just out of touch with our sport. As the scandals of the past year have shown, we need some new ideas at the top, and we need skilled minds and creative people to bring about the changes our sport needs.

Decisions like this are not the solution. Neither are excluding some events, like the hammer throw, altogether. All they do is disenfranchise and frustrate more athletes and fans. In speaking with Benn that is all I could think about. So I’ll finish off this post with another quote from him that tells about his journey through the sport:

“When I was a kid and I watched VHS of my heroes competing in Golden League meets and I was able to see them in their element. The conquest. The competition. It really gave me inspiration to continue with sport and to compete internationally. When I arrived on the scene around those stars I was overwhelmed, not by the competition, but by the athletes. I was rubbing shoulders with them and had earned my place to compete against them. The competitions however didn’t live up to my expectations. I found out how they were treated, where “we” stood on the pecking order, how fast the sport was declining and that we just had to “accept it”. It has become part of sport. The pecking order. I think its disgusting the inequalities that exist and especially in a society where equal payment, equal rights and such are developing.

I’m disgusted honestly. That’s how I feel. I also feel helpless, like we have no voice. Have the organizations even consulted with the athletes, or does an athletes commission exist where the voice of all athletes across all disciplines be heard? I feel like instead of marketing the sport in a creative way, they just cut them out (hammer, walks, fewer attempts) instead of integrating a more spectator-friendly format. Look at darts for example, its boring to watch but the way it is marketed and appeals to the “punters” is something to be commended. Who is accountable?”