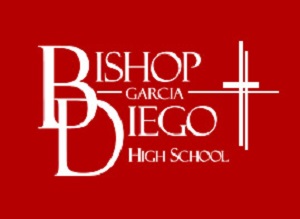 Father Alexander was one of the biggest influences in my life. I received word last week that Father Alexander passed away. He was a Franciscan priest who was the principle of Bishop Garcia Diego High School when I attended, but more importantly to my intellectual, personal and spiritual development he was an English teacher. Father Alexander AKA Big A was a towering presence. He was a tall man; bald headed; his height accentuated by the brown Franciscan robes. I must admit that as a 13-year old ninth grader I was thoroughly intimidated by him. If I saw him coming I tried to go the other way. As I observed him and his interactions with students during my freshman and sophomore year and his talks at school assemblies I realized that he had much more to offer than just being an authority figure. My junior year he was my English teacher and he was good. He made it interesting and relevant even the boring punctuation and sentence structure diagrams. What made him special was he was human and you could tell he cared about us people. The biggest thing I remember about that year was that we could get extra credit for reading books, any books. All we had to do was turn in the titles and author. No book reports, occasionally he would ask about the book, but he wanted us to read and broaden our horizons. Being the rebel I decided to read Catcher in the Rye that at the time was banned by the Catholic Church. I guess subliminally I wanted to test him. I turned the name and title in and his comment to me was “interesting book.” I could not help but think at the time that he got it, unlike the Jesuit priest who kicked me out of class during a discussion on evolution for citing Teilhard de Chardin, a Jesuit paleontologist and philosopher. The best was yet to come.

I had him again for senior English and the second semester the theme was a Philosophy of Life. What a class, still one of the best I had in my years of formal education. I can’t tell you over the succeeding 51 years how many times I have come back to lessons we learned in that class. We read everything from Aristotle to T.S. Elliot. It was challenging to say the least. Over my first few years out of high during college and after when I still lived in Santa Barbara I would see him occasionally and exchange pleasantries. At our twenty-firth reunion he came and sat at out table and he met my wife. She told him how I always talked about the Philosophy of Life class, he commented on how much he enjoyed teaching it. At the time I was working for the White Sox and I found out he was a big LA Dodger fan and a baseball fan in general. Over the years I have thought about him often and the lessons he taught and the intellectual fires he ignited in me. Father Alexander my you rest peace; I hope I can catch up with down the road and share some more reading.