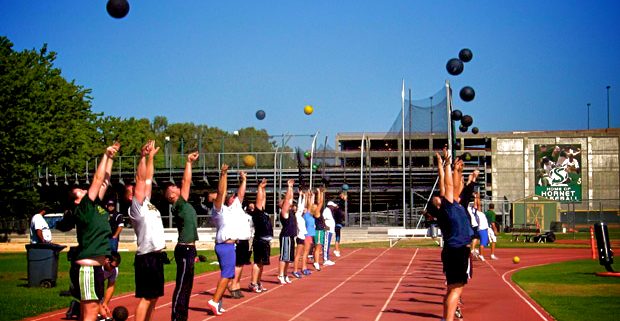 As a young inexperienced coach it was my goal, like most all coaches, to be the best I possibly could be. The way I figured I was going to do this was by first distinguishing who had the best program and then seeking out the coach of this program. This quest actually began when I started my junior college throwing career. At this time there was no question that coach Art Venegas and the UCLA Bruins were at the top. I distinctly remember going to my first major track meet, the Pac 10 Conference Championships hosted by Stanford University, to watch the Bruins live in action. I could not wait to see them throw and oddly enough my seats were right in front of Coach Venegas. I listened to every word and every cue he gave his throwers. Although, I was relatively inexperienced, especially having zero knowledge about the rotation, I noticed right away that the Bruins had distinct characteristics in their technique. Little did I know that in the future I would be competing against the Bruins while attending college at Cal State Northridge.