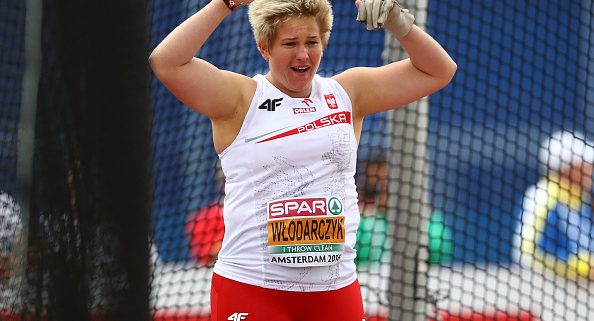 After a four year wait, Olympic track and field action starts up today and one of the first events will be the women’s hammer throw. And I can’t think of a better event to start with. The hammer throw not only features high level action with the best chance of a world record in Rio, but it also adds drama as a wide open field will make for an interesting battle to get on the podium. We don’t have time to preview every event in depth, but as the hammer is closest to our hearts we will provide you all that you need to know. Check out the women’s preview below and come back next week to read up on the men’s action.

The Field: 32 athletes from 18 different countries will compete in the hammer throw. In order to compete, athletes were required to achieve the Olympic qualifing mark of 71.00 meters during the relevant period. One additional athlete received a special IAAF invitation as not enough athletes had met the entry standard.

Qualification Round: All 32 athletes will participate in a qualification round on Friday night (8:40pm Rio time). Each athlete will receive 3 throws. Athletes who throw over 72 meters will automatically move on to the final. If less than 12 throwers hit this mark, then the top 12 finishers will awarded a spot in the final regardless of distance. Historically, a throw of 70 meters will get an athlete into the top 12. In fact, no woman who has thrown 70 meters at an Olympics or World Championship has missed the final.

Final Round: Typically medal finals only take place in the evening, but the IAAF is experimenting with a new format this year where the finals of the women’s hammer throw and several other events will take place in the morning. One advantage to this is that European fans will be able to watch the event live in the evening. The women’s hammer final will take place on Monday morning (10:40am Rio time). In the final all 12 throwers will receive three attempts, and the top eight will receive another three attempts. Athletes will be ranked on the best of their six attempts. Marks from Friday’s qualifying round are not counted in the finals.

I thought Anita Wlodarczyk was unbeatable last year when she breezed through the season undefeated, broker her own world record, and won the world title by more than four meters. This season has only cemented her standing as the clear favorite. She has swept her first ten competitions of the year by an average margin of 6.41 meters. In total she has now won 28 straight competitions dating back to June 2014.

You would be hard to find a surer bet to win in Rio from any event. And Anita also has the best odds of breaking the Olympic record (78.18 meters in 2012), a mark which she has bettered in six competitions this year. She also has perhaps the best shot at a world record, alhough the morning start time might make that more difficult.

As a two-time World Champion, three-time European Champion, world recorld holder, and the first woman to break 80 meters, Wlodarczyk has established herself as perhaps the greatest women’s hammer thrower in history. But one medal that has eluded her is the Olympic gold (although she may get 2012 gold retroactively if the positive retest of Lysenko is confirmed). Barring some extraordinary circumstances, Wlodarczyk will cement her legacy in Rio.

There is only one person in the field who has the potential of challenging Wlodarczyk: Betty Heidler. Heidler comfortably took silver at the European Championships and chas come the closest to beating Wlodarczyk this year (although she was still outdistanced by 2.37 meters). She is also the only thrower in the field to have approached 80 meters in her career. But Heidler has not been the same thrower since she threw a world record back in 2011. She has been inconsistent at major championships (7th at 2015 Worlds, 5th at 2014 European Championships, 18th at 2013 Worlds) and also throughout the season. She might be the only thrower with an engine capable of beating Wlodarczyk, but I actually see her chances of being bumped down to bronze as much higher than her chance of gold.

In London Wenxiu thought she had captured her second straight bronze medal until a measurement error revealed she actually finished fourth. Her form this year is a bit hard to gauge. She has yet to compete outside of China at all, and only once since the end of May. But she did win the Beijing IAAF Hammer Challenge event and cannot be counted out as she won silver at last year’s world championships.

Zheng placed fifth at last year’s world championships and has shown good form again this year with second place finishes to Wlodarczyk in Ostrava and Halle. She has also bettered her teammate Wenxiu in three of four competitions, but her current form is also hard to tell as she has only throw once since the end of May.

Amber Campbell (USA)
Season Best/Personal Best: 74.03m (5th), Last Olympics: 12th
While Wlodarcyk has been dropping bombs, depth worldwide has actually sunk in the past few years. In London it took 77.13 to get a medal, five throwers broke 76 meters, and making the top eight took 74 meters. All the while Campbell has been pressing along and improved her personal best at age 35 last month to win the US Olympic Trials. So far this year only Wlodarczyk has broken 76 meters and Campbell now finds herself ranked sixth in the world. She competed well recently at the Hungarian IAAF Hammer Challege event last month and in Beijing this spring. While a podium finish will be difficult, her experience could easily put her in the top five and in good position to challenge for some hardware.

The entire US team is strong, with all three throwers at a similar level. Perhaps the biggest wildcard is Berry bettered her old best three times including a huge toss of 76.31 meters. That mark would rank her second in the world, had it not been annulled after Berry admitted to using a banned asthma medication. You can read more about the story here, but the end was result was three month ban and a loss of her marks from the spring. However she was able to return for the Olympic Trials and qualify for her first Olympic team. If she can get over 76 meters again she will not only get the official American record, but also win a medal in Rio.

At age 24, Skyden is the youngest contender but is emerging as a strong thrower this year with consistently strong results in international competition. She captured bronze at the European Championshpis, as well as two more podium finishes on the IAAF Hammer Challenge circuit this year.

DeAnna Price is the third American on the Olympic team and not to be overlooked. She set personal bests this year and been remarkably consistent by averaging 71.43 meters in 11 competitions. The only thing setting her apart from the other Americans is less international experience (she placed 18th at her first World Championships last year). Sophie Hitchon is looking to beocme the highest Olympic finisher in UK history (currently Lorraine Shaw holds that distinction with 9th place in 2000). After 4th place at last year’s world championships and another 4th at this year’s European Championships that looks well within her reach. Other European names to watch for are Zalina Marghieva, who was 5th in the Europeans and ranked second in the Hammer Challenge with a best of 74.21 this year. World bronze medallist Alexandra Tavernier has been slightly off of her form this year, but can easily get back in the mix again.