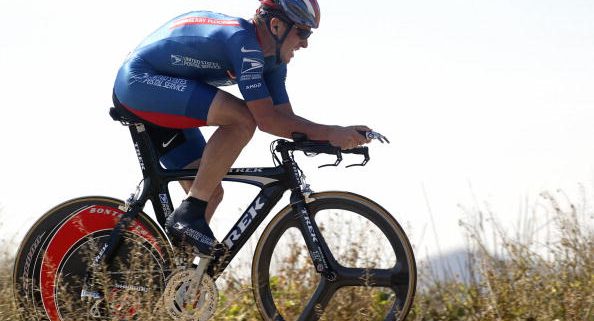 My father is an amateur cyclist and, as a result, I grew up spending every July watching the Tour de France. Each time a doping or corruption scandal rocked the sport, I was thankful I competed in a cleaner sport: athletics. We had dealt with our doping issues in the 1980s, I naively thought. Sure, there were still dopers in athletics, but we were ahead of the cyclists. I even wrote an anti-doping editorial for the Seattle Times as a young athlete in 2000, and was convinced by those in my sport that the doping problem was improving.

After reading the headlines this summer, athletics fans can no longer bury their heads in the sand like this. Rather than being ahead of other sports, we now see we are behind them. But there is one advantage of being a late adopter: we can learn from the mistakes of others.

The doping problems in cycling really came to light with the Festina affair in 1998. Systemic doping by a major team was unveiled in the lead up to the Tour and they kept growing. Eventually Festina was thrown out of the event, other teams and riders quit the tour, and criminal charges were brought against a number of officials.

Like the current Russian situation in athletics, Festina was a crossroads for the sport. It was a time for cycling to assess the sports doping issues and work to eliminate that cancerous doping culture. But rather than look at the underlying problems in the sport, as time passed the narrative slowly narrowed from a focus on doping to a focus just on Festina. This allowed the underlying problems to persist. And we all know how that turned out: the next chapter of story began the following year when Lance Armstrong won his first of seven titles. During that seven-year period 87% of the top 10 finishers in the Tour de France were confirmed dopers or had strong links to doping.

It took cycling another 10-15 years to accept the scope of their doping issues and, based on the number of officials with a doping history that are still involved in the sport, one could argue they still have not fully grasped or solved the problem.

The key lesson for me is that in 1998 cycling faced a crossroads and they took a wrong turn. They had a chance to fix the symptom or the problem and just patched up the symptom.

A Crossroads for Athletics

The current doping and corruption scandals have brought athletics to its own crossroads and it seems that those in charge want to take the same path that cycling took. Evidence is all around of widespread doping issues and, more importantly, the cataclysmic failure of anti-doping systems. While leaders in the sport pay lip service to the issues – for a sport where every official claims to be “zero-tolerance” we sure have a lot of tolerance – nothing is done to fix the causes. Russia is made an example of, but by not acting on similar fact patterns in other countries the message sent is that others can still get away with it. Russia is banned, but no one looks at why credible information was not acted on years earlier. Russia is villainized, but no one investigates the actions of the IAAF and others than enabled and encouraged the behavior. Whistleblowers were key to breaking this case, but they are still give no safety and prevented from competing.

As soon as any scandal breaks out, the first reaction is always on the public relations front. The IAAF wants to control the media narrative and snuff out the fire before it spreads. What they do not understand is that sometimes the fire needs to spread in order to help the forest’s long term health. The analogy is an apt one: research has shown that in order to survive in the long term, forests must experience small fires every five to 25 years. Small fires get rid of the flammable crap on the forest floor without endangering the big trees. If you put out those fires quickly, that crap remains and accumulates until it finally creates a big fire that takes down the trees with it. Let these fires grow in our sport and let’s get rid of the crap before it takes down our whole forest.

Do we want to focus on Russia just as the cycling focused only on Festina? Do we want to give them draconian punishment to prove we are tough on doping? Or do we want to actually clean things up and fix the underlying issues of corruption, uneven application of rules, and rampant conflict of interests? Do we want to create a system that punishes equal offenders equally and everyone plays by the same rules? That would be the right path to choose. But the Olympic movement rarely takes that path as they focus on the short-term impact of the scandal and not the long-term health of the sport.

In 1998 cycling faced a crossroads & took a wrong turn. How will athletics turn at this crossroads? Click To Tweet

The spotlight of the Olympics are fading, and with it the pressure on sports officials to finish the job of cleaning up our sport that they belatedly started earlier this year. We now have to continue to keep pressure and focus on the leaders in our sport and then depend on them to make the right decision for inherent purposes. Let’s hope they learn from cycling’s mistakes and choose the right road.