As we finish up our look back at the 2017 season it is time to look at how the event is spread across the country. As we do every year, we like like to take a look at the sport through a geographic lens to show which states are on the rise and where the sport is spreading.

» Related Content: HSHammer’s has been taking a look at the 2017 season. Check out the final rankings and growth trends.

The number of states that had athletes qualify for the national list up this year with 30 states producing athletes on the national list. That is an improvement on the 27 states last year and nearly equals the high of 31 states from 2015.

In addition, all the top states continued to show fast growth. Perennial leader Rhode Island increased the total number of throwers on the national list by 25% in 2016 and this year they increased their total another 13% to 77 throwers. New York moved up two spots to second position thanks to a 56% boost in numbers. The rest of the top states remained relatively unchanged. The complete rankings and a detailed map can be found below. 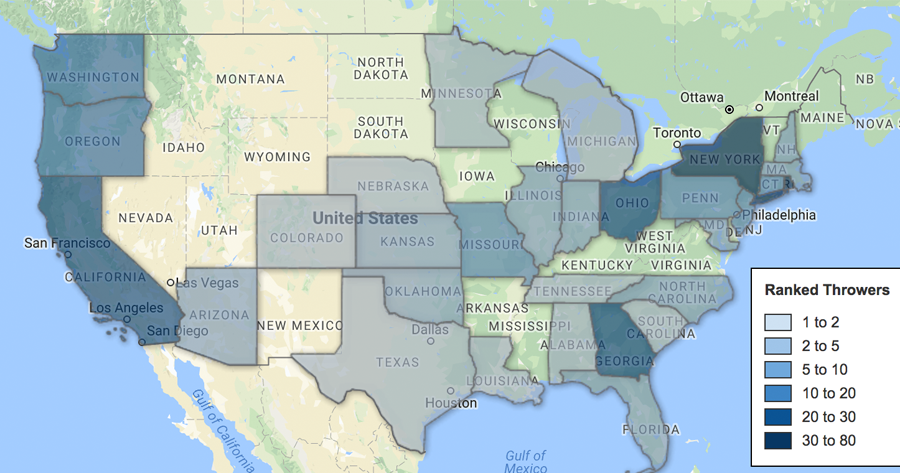