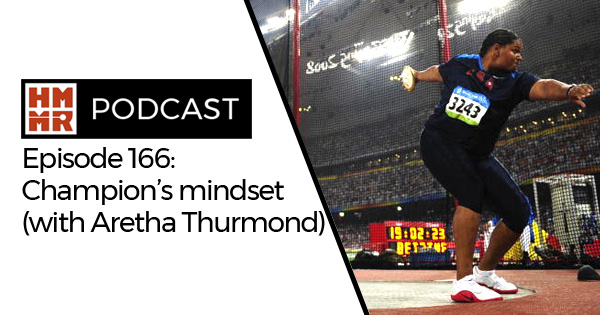 For nearly more than 15 years Aretha Thurmond was among the world’s best in the discus throw, making four Olympic teams and winning four US titles. Along the way she got to work with some of the sport’s top coaches and learn from each of them what it takes to be a champion. Currently, she is passing along her knowledge to a new generation of throwers as the Managing Director of International & Championship Teams at USATF. On this episode, we talk about the lessons she learned in her career and the mental skills required to be a champion, including the amazing story of how she nearly made Team USA just two weeks after giving birth.