Welcome back to another edition of Sports Science Monthly. This month, we take a closer look at the timing of injury prevention training, mental fatigue, antioxidants, max testing, agility, chocolate milk, and several other topics. 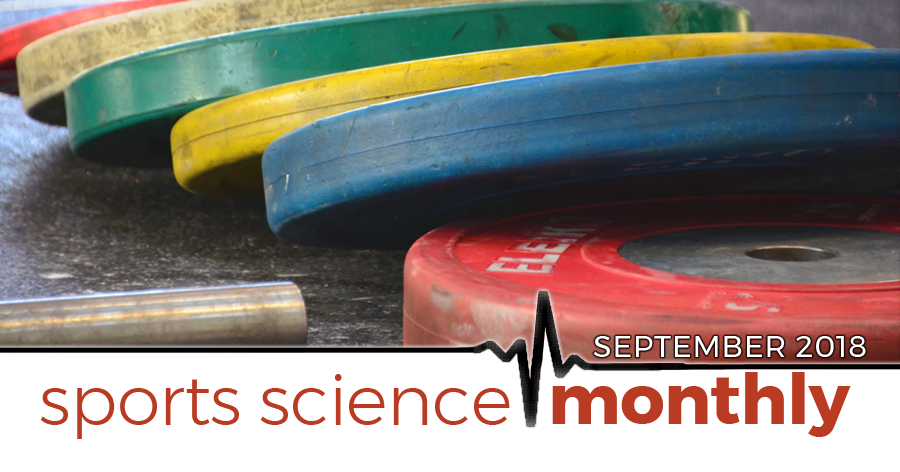 When should you undertake injury prevention training?

» Quick summary: Whilst effective, eccentric hamstring training exercises also increase soreness; as such, the placement of them within the training week can be important. This study suggests that undertaking them as far away from a subsequent competitive bout as possible is the best method of managing the negative effects of soreness on performance.

Given the focus on preventing injuries within the sports science sphere over the past couple of years, there is an increased awareness of the need to have injury prevention work within the training programs. More recently, the awareness of the need for some form of eccentric loading to reduce the risk of hamstring injuries – typically the major injury type in all running sports – has led to a greater uptake of these exercises. However, this is a double-edged sword; whilst eccentric loading exercises do help protect against hamstring injuries, the exercises themselves promote considerable soreness. This creates a problem for team sport athletes, who often have to compete on a weekly basis over an extended period of time; when in the week should they program their injury prevention, and especially their eccentric loading, work? Too late in the week and they will be sore on matchday, which may limit performance; but, too early in the week and they might comprise their recovery from the previous match. So far, there isn’t really any research detailing the optimal practice in this area – until now, with the publication of this highly potentially hugely impactful study.

In this paper, the researchers recruited 18 semi-professional soccer players to undertake either a hamstring injury prevention program (lunges, single leg stiff leg deadlift, single leg eccentric squats, and Nordic hamstring exercise) or no intervention in a crossover design study. They undertook the injury prevention program at two different time points; either one day post-match (MD+1), or three days post-match (MD+3). They also underwent a number of physiological and hematological tests, including for creatine kinase, often considered a marker for muscle damage.

In terms of creatine kinase (CK) levels, the MD+1 protocol slowed the reduction in post-match CK levels, but these levels returned to baseline prior to the next match. However, in the MD+3 protocol, whilst post-match CK levels reduced quicker than in the MD+1 group, they remained elevated for the game itself – likely a negative outcome. Additionally, whilst the CK levels remained elevated for longer in the MD+1 group post-match, this wasn’t associated with any significant increase in muscle soreness – whilst, in the MD+3 group, muscle soreness increased following loading.

So, based on the results of this study, during repeated competitive bouts, such as those found in team sports, it seems sensible to suggest that athletes should undertake their injury prevention work – and, in particular, eccentric loading – as far away from the next competitive bout as possible. In doing so, it seems that the increased muscle damage is lost in the noise of the competition-induced muscle damage, whilst loading later in the week increases soreness prior to the next competition, which is likely unfavorable. From a practical standpoint, the only thing I’d keep in mind is that the player/athlete may have picked up a small injury during the competition that hasn’t fully manifested by the following day, and that additional loading at this point may further injure the player – so be vigilant! Nevertheless, the results of this study are both useful and interesting, and have the potential to have a big impact on practice.