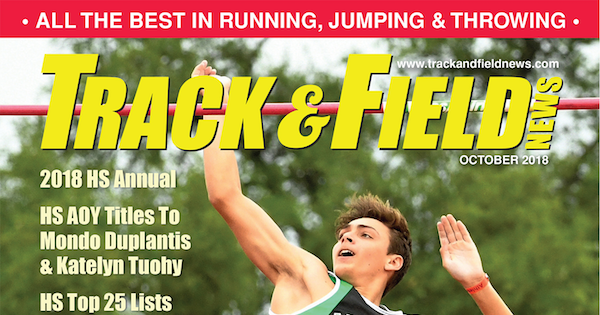 With the end of the year nearing, over the next few weeks we will be putting together a series of posts to look back at the 2018 season. We start it off today with a look at some honors. At the end of October Track and Field News named their All-American teams.

Two of the three boys All-Americans hailed from Washington state. Knight was the national leader and, although he didn’t compete at national meets, easily proved himself as the best in the nation even though he is only a sophomore. Furland put together his best season to date, including wins at the Rhode Island State Championships and New Balance Nationals. Ian Frost also competed less nationally, but put together a strong resume out west.

The three girls All-Americans came from all across the country. Shelby Moran was the national leader and top high school thrower at the USATF Junior Championships. Samantha Kunza represented the midwest with a win at New Balance Nationals, and Rhode Island state champion Gianna Rao also rounded out the list.