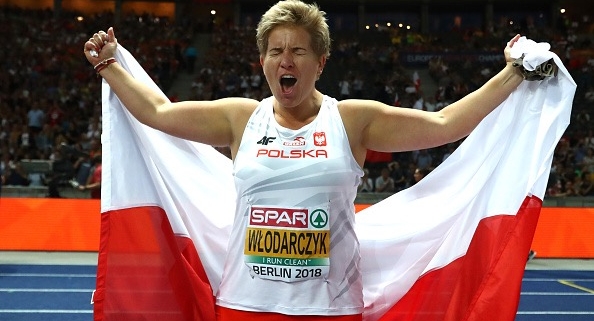 Last weekend we released our men’s world rankings. Today it’s time for our women’s rankings. For the sixth straight year, Anita Wlodarczyk led the way in the women’s hammer throw. But for the first time in a while, she showed some signs of weakness and many new names emerged on the world rankings. Check out the full rankings below.

After years of dominance, Wlodarczyk showed the first signs of vulnerability this year. She entered the season with a 42-competitions winning streak dating back to June 2014. However already in her first meet of the season she not only lost, but finished a distance ninth in Halle. A week later, she improved but was still just second place. She finished the season as the clear number one, winning at the European Championships, producing the best mark in the world yet again, and winning 7 of 10 competitions. While her best mark is only the 12th best mark all-time, all the better marks are her own. But as we head towards 2019 and then Tokyo 2020, the field appears a lot more open than it did a year ago.

Price made her debut on the rankings last year. This year she made her debut as a contender. She won seven of nine competitions, the one aberration being a poor showing at the Athletics World Cup in London, where she threw just 64 meters for sixth place. If you take out that London result, her average result from May on was 76.34 meters in six competitions, including two new American and Continental records.

Fiodorow quietly put together her best season ever on the back of strong consistency. She placed on the podium in 10 of 12 competitions this year, including a bronze at the European Championships and third place overall in the IAAF Hammer Challenge.

Berry became the first America to beat Wlodarczyk when she bested her at in Poland in June. Her throw of 77.78 at that meet was a new American record and world-leading mark. But Berry’s issue has always been consistency at that was the same this year. Outside of that high point, she averaged just 71.95 meters in seven other competitions.

After two down years, Tavernier bounced back to her highest spot since she ranked third in 2015. The highlight of her year was her national record to claim silver at the European Championships. On average, her marks were better than Berry’s and almost in line with Fiodorow, but head-to-head she lost two of three competitions to Berry and four of six to Fiodorow.

After throwing 70 meters for the first time last season, Na Luo emerged as China’s top thrower in 2018 and improved her best to 75 meters. She dominated the Chinese circuit and captured the Asian Games title, but also competed well in Europe, including a win at Halle.

Kopron lacked the high point of last season, but still was quiet consistent on the circuit, leading to a 5th place finish in the IAAF Hammer Challenge and 4th place at the European Championships. She also had winning records in the summer against her closest competitors like Malyshik, Zheng, and Skydan.

Malyshik continued momentum from last year into 2018, with a win at the European Winter Throwing Cup and a big personal best in April. During the summer she took second place against a strong field in Hungary and also qualified for the finals at the European Championship, but then fouled out.

Zheng was off of her form this year, but still managed to stay in the top 10 with a few highlights across the season.

Skydan competed the least of the athletes on the rankings and entered August with a season’s best of just 70.14 meters. However a big improvement at the European Championships and a few strong meets to end the year secured her spot in the top 10.