and The Golden Mile: Herb Elliott’s biography as told by Alan Trengove

. The Doubell book is new; the Elliot book was first published in 1961, I had read it first in 1969. I did not realize how much it had influenced me until rereading it again last week. My original copy had gone missing. 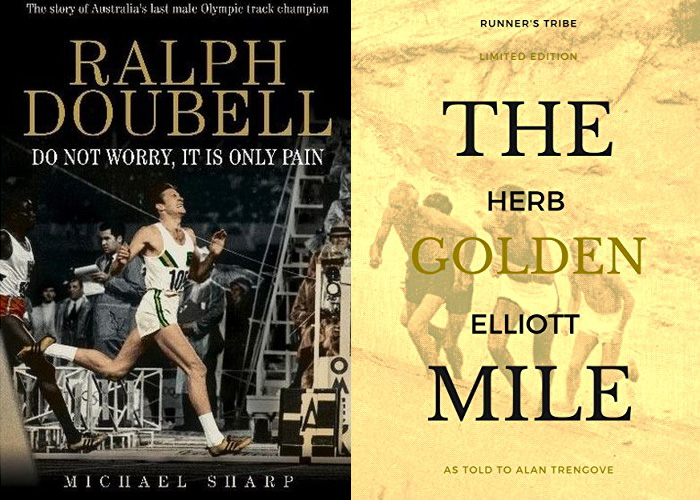 Elliott and Doubell were both Aussies. They were coached by two giants in coaching – Elliott by Percy Cerutty and Doubell by Frans Stampfl who had also coached Roger Bannister to the first sub four-minute mile in 1954. The two coaches could not have more different in personality and approach to coaching

Frans Stampfl was a professional coach, paid by University of Melbourne, a rarity at the time.  He was a generalist who coached all events. As an athlete he had been a javelin thrower. His training methods were biased toward classical interval training as developed by Woldemar  Gerschler in Germany in the 1930’s. There were more structured workouts ion the track working at varying prescribed paces. Stampfl was an early advocate of weight training. Doubell lifted up to three times a week at certain times of the year. 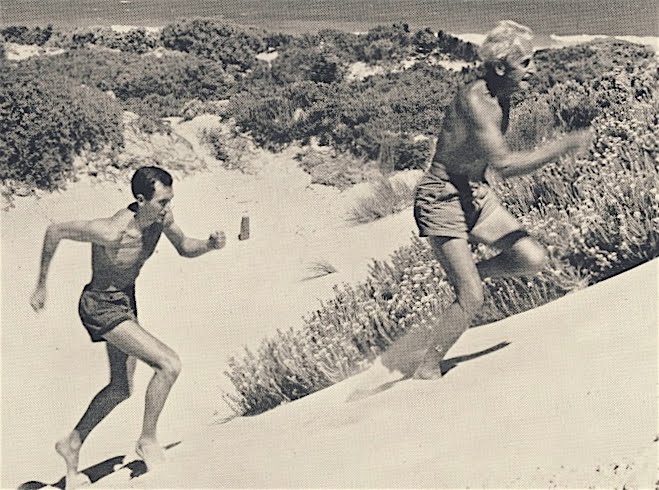 Percy Cerutty was a self-made man. After nearly dying from ill health in mid-forties he started running and lifting weights, adopting a lifestyle defined by his approach to physical culture. He espoused a Stotan philosophy, Stotan was a contraction stoic and spartan. He was an outspoken critic of the track & field establishment. Their training was spartan to say the least. The training was based on effort and feel rather than being driven by the watch. In the year leading up to Rome they ran 3 minutes and thirty seconds all out often once a week to get used to the pain and effort necessary to win the gold. Cerutty was also a big advocate of weight training, it was integral part of their preparation. A big part of their preparation was sand running at Portsea, their primitive training camp.

It is interesting to note that both Elliott and Doubell had not started specializing early. Doubell was a late developer that played a variety of sports until specializing as a university student. Elliott did everything, he rowed, played cricket, Aussie Rules Football. He was a prodigy in many respects breaking world junior record in the mile and 880 as an 18-year-old. Doubell did not do much formal training as teenager by todays standards. Elliott did more but nothing approaching what some high school boys are doing today. Both were very active as youth, playing outside walking and riding their bikes everywhere.

At the same time, I was reading a doctoral dissertation “Applications of Anaerobic Speed Reserve to Elite 800m running” by Gareth Neil Sandford. It was a tremendous piece of work, full of actionable information about the 800 meters both in terms of training and racing. This was written in 2018, but I could not help but think how Cerutty and Stampfl had it figured out sixty years ago. It is amazing that in the intervening sixty years how muddled and confusing training has become.

These two books should be mandatory reading for every track and field coach, for that matter for every swim coach, triathlon, cycling and cross-country ski coach. It will make you think about getting back to basics and focusing on the need to do to get your athletes faster.