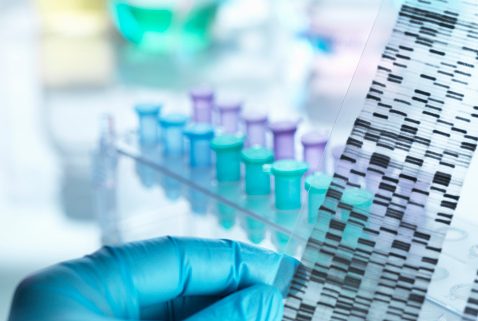 When we look at the future of sport, one emerging area that gets increasing interest is genetic testing for athletes. As of late last year, just over 70 different companies offer genetic tests for sports performance, and these tests can be ordered online, without any sign-off needed by a medical practitioner. I used to work for one such company, and, through that employment, I was fortunate to consult with a number of elite sporting teams around how they might use genetic information with their athletes. A common question, from the teams and other interested individuals, was whether we could use this technology for to identify athletes with the future potential to be elite.

On the surface, this seems logical; our DNA is static, and so it should—in theory—be possible to test someone’s genetics to understand what their future holds. The truth is, as you might expect, more complex; in a recent review article, I, along with a group of co-authors, explored why. The findings we discussed make for interesting reading for anyone who is interested in using these tests as a potential method of talent identification. 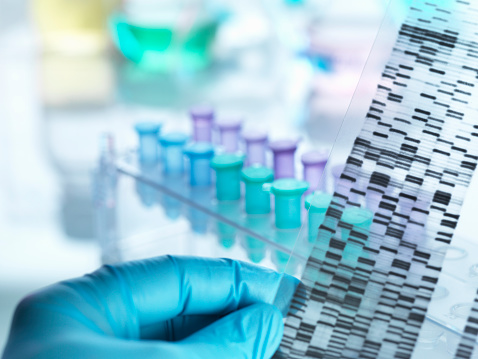 Secondly, the effect size of many of these genetic variants is very small. Whilst a gene called ACTN3 is well established as “a gene for speed,” variation in this gene has been predicted to explain, at most, 3% of the difference in elite sprint speed. Then there is the issue of specificity; whilst the R allele of ACTN3 is associated with elite speed athlete status, the vast majority of the world’s population have at least one R allele – meaning that most people with the “sprint” version are not elite sprinters. In other genetic variants, such as one in NRF2 at rs7181866, even most elite athletes don’t have the genotype that appears to be associated with elite performance – which again limits its effectiveness!

Most of these issues with talent identification were present when I first wrote about the topic four years ago. But a few potential solutions have started to emerge. One is the use of Total Genotype Scores (TGS), where a number of genetic variants are combined into a single score; this can either be weighted—where the genetic variants with either the largest effect or most certainty get a stronger weighting—or unweighted, where all genetic variants are scored the same.

This approach has been used a couple of times from a talent ID perspective; researchers used it to demonstrate that elite endurance and elite power athletes had a higher TGS score, on average, than non-athletes – but an obvious issue here is the risk of false positives and negatives. A further issue is that, when a reasonably large number of genetic variants—22 or 23—are used in a TGS, there just isn’t that much variation between humans; meaning that it will be very hard to ever “predict” who will be a talented athlete based on DNA alone. As such, whilst it is clear that there is a genetic component to achieving elite athlete status, at present, we know very few of the genetic variants that predispose to being an elite athlete.

Next steps, ethics, and the future of genetic testing

So how can we improve in this area? Firstly, we need to better understand the genetic variants that predispose to elite performance, which means we need to discover new ones, and replicate the ones we already think play a role.

A relatively new approach, termed a Genome-Wide Association Study (GWAS)—where large portions of an athlete’s DNA are compared to non-athletes—holds promise, but, for GWAS to be effective, the sample sizes have to be large—often in the tens to hundreds of thousands, and there likely isn’t that many true elite athletes in the world. Additionally, it might prove more fruitful to add tests for epigenetic changes in athletes, which might enhance the predictive ability of any test. That said, there is a long way to go until we are ready to implement any findings from these areas into tests for talent.

Finally, it’s important to consider that, just because we might be able to—in the future—test for talent using genetic testing, doesn’t mean that we should do this. There are many ethical hurdles to overcome; can under-18 truly consent to genetic testing, for example, or can sports clubs demand their players be tested (definitely not)? Who can access a player’s genetic information, and who owns it? What happens if a genetic test uncovers a potentially disease-causing genetic variant? This latter point is important, because it could cause unnecessary worry and medical investigation, not just to the athlete, but also their extended family, given that they might share the same genetic variant.

It’s clear we have a long way to go, both scientifically and ethically, before we will be able to utilize genetic testing for talent ID—if indeed we ever will be able to. In the nearer term, there is the potential that genetic information may assist in injury prevention and management, as well as optimizing the training response. This approach still has ethical issues, but, if the information is utilized alongside more traditional metrics, then it may hold some use. Time will tell, but it’s potentially a very interesting area to keep an eye on.