This was my fourteenth visit to Australia with my first visit coming in 1996. I love Australia and Australians, so much so that I have been labeled by my Aussie friends as “Aussie Vern.” 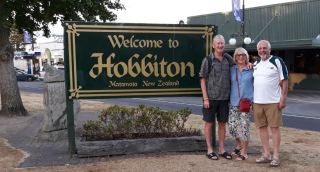 I got to spend three weeks there in February with a break of one week in New Zealand to visit my good friend, Gord Stewart. I met Gord in 1970 during my first decathlon. He lived with us for a time in Santa Barbara when he was training for 1976. I would stay with him in Victoria B.C when I was lecturing at National Coaching Institute. It was great to catch with he and his wife and reminisce about past good times. They live in a beautiful small town, Matamata, where Lord of the Rings was filmed. I could live there in a heartbeat.

My first week in OZ was at New South Wales Institute of Sport (NSWIS). Phil Moreland who heads up S&C brought me in to do a talk on coaching and to do professional development with his staff. That consisted of one on one meeting with each of the staff and observation of training. I also got to catch with Kenneth Graham, one of the best sport scientists I know. He will be leaving NSIS which is a huge loss for the organization. I got to work Phil when he was at Scottish Institute of sport where he changed the culture and delivery of S&C. He is working to do the same at NSWIS. I am grateful to Phil for bringing me in. 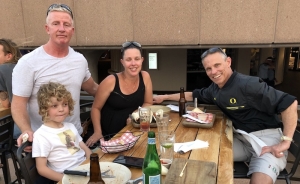 Jimmy Radcliffe was in town for a presentation on Saturday, so we got him do a one-hour presentation to the NSWIS staff Friday. Saturday evening John Pryor and his family and I caught up with Jimmy for dinner next to the iconic Sydney Opera house. We also snuck in a little talk on training. John Pryor AKA JP and I go back to 24 years to my first visit down under. JP is a real innovator and forward thinker. Always great to catch up with him, great spending the weekend with him and the family

The second week I spent the first three days with the Melbourne Storm Rugby League team. Lachlan Penfold is the Director of Performance. This was a real eye opener as to what can be done when everyone is on the same page and singing from the same songbook. Lachlan and the head coach Craig Bellamy plan practices, Lachlan administers them in terms of organization and time structure. The physical preparation/athletic development sessions are seamlessly blended and integrated in the skill, technical and tactical work. It reminded me of what I saw at University of Oregon when Chip Kelley was there with Jimmy Radcliffe. Fitness comes from the composition of practice and the tempo of training. Virtually no additional ‘fitness’ work is done. The Storm want to play fast, so they practice fast. Speed is a common theme. The weight room sessions were very structured and well organized with individual needs taken into consideration. American football at all levels could learn a lot from what Lachlan is doing with the Storm. I had lunch with Craig Bellamy, the head coach, to get his perspective. He admitted that when Dean Benton was there and started with this approach, he was worried the players would not be fit for the game. He said he was quickly won over. 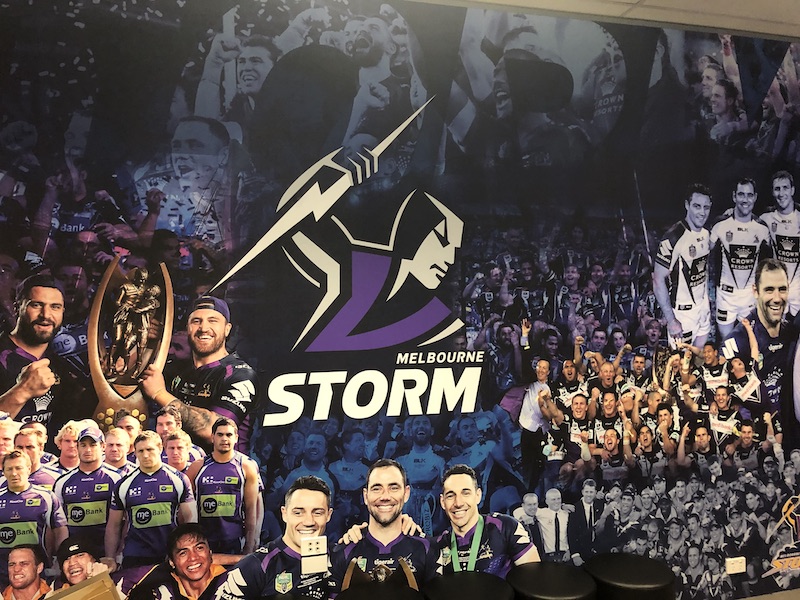 During my time in Melbourne I was able to visit with Grant Duthie, professor at Australian Catholic University. Grant is a brilliant practitioner who has coached and is doing research. Grant is my go-to resource when I want straight information on training load or research design.

I was also able to catch with Warren Young for coffee. Warren is a super humble guy who has been a great source of information for me over the years. He challenged me on my stance regarding Nordic Hamstring Curls, did not change my mind but got me thinking. Looking forward to more dialogue with him on this.

My last week I spend with Australian Rugby. Dean Benton, National Head of Athletic Performance for Australian Rugby facilitated this. Dean and I go way back. Dean has initiated an innovative approach to upgrade the standard of training for rugby in Australia. They have been close, but close is not good enough in international sport. The men’s and women’s sevens team were there in training. The women are defending Olympic gold medal winners. Their focus and intensity reminded very much of the US women’s ice hockey in preparation for 2018 Olympics. The week started out with a testing session of the women’s sevens. Dean has initiated a nationwide testing program to track power, speed and fitness. Much of my time was spent observing all aspects of the seven’s training and meeting with the performance coaches, physios and sport coaches. On Thursday I presented to the all the performance coaches from the various franchise teams and the staff at Australian rugby on the following:

Put Your Best Team on the Field

The goal was to stimulate thought to encourage and challenge the status quo. 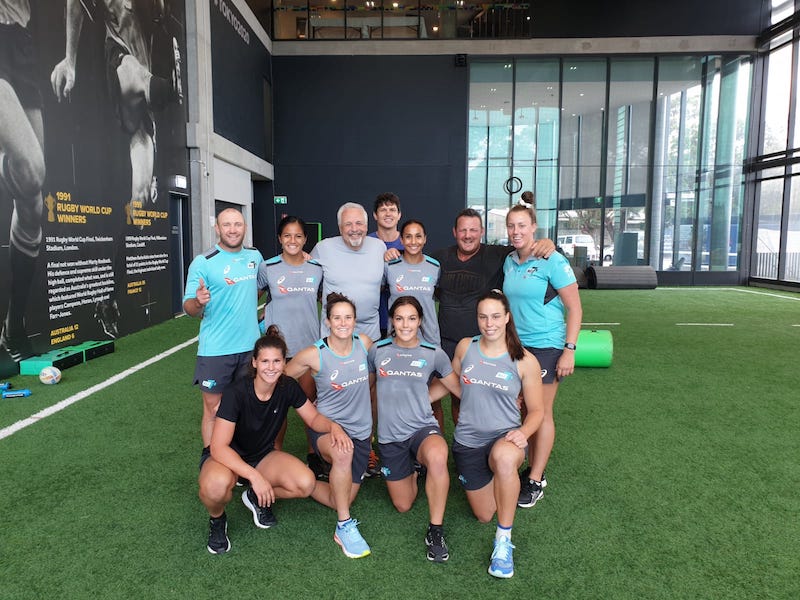 The top three floors of Australian rugby house some classrooms and labs of the University of Technology, Sydney. I was able to have coffee with Aaron Coutts and Franco Impellizzeri both professors at the university. It was a stimulating discussion by two sport scientists who are not following the flock, especially on acute versus chronic training load ratios. I only regret I was not able to spend more time with them. My week with Australian rugby went by too fast. It great to see the energy and the expertise dedicated toward getting Australian rugby back to the top.

I miss Australia already. I miss the professionalism of the coaches, physios, sport scientists and sport coaches. I was able to interact with. They have their problems just like we do, but the can-do attitude was refreshing. My only regret was not getting to see an AFL training session, perhaps next time. Special thanks to Phil Moreland, Lachlan Penfold and Dean Benton for making all this happen. I hope I will be invited back soon. All the best – Aussie Vern