Every month we take a deep dive into the latest research in sports science. Players are key partners in building a team culture, and their contributions depend a lot on their informal roles. The first article we look at in this month’s edition breaks down key traits of cultural architects, which can assist coaches in developing their own team culture. Then we look at  ecological dynamics, acute:chronic workload ratio, training time, and more. 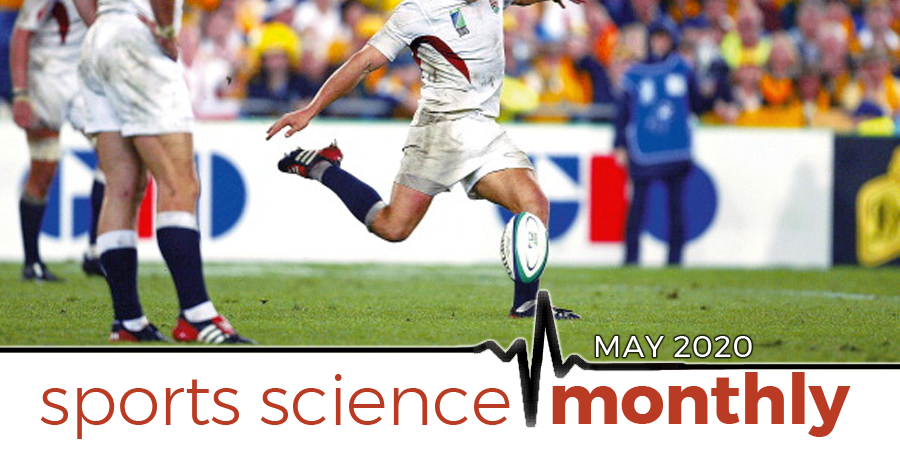 » Quick summary: Cultural architects are those in a team or squad who, through either formal or informal roles, develop and drive team culture. A key list of traits of cultural architects within high-level soccer teams has been identified, and, by selecting players who possess these traits—and assuming you want a similar culture—you might be able to identify and develop key cultural architects in your own team.

Within team sports, and within teams of individual athletes, there is an increased interest both in developing an optimal culture and understanding why the current culture within a team or club is present. Clearly, this is important; I’m sure we’ve all spent some time in a job or a team where the pervading culture was sub-optimal, and, as a result, performance has been poor. The culture of a club or team is typically set by the leaders within that organization, which might be the CEO or manager, or highly influential players. During the period of Manchester United’s sustained success in the later 1990’s and early 2000’s, they had a culture of belief that they couldn’t lose, and that they could always outscore their opposition. This culture was primarily set by their manager, Alex Ferguson, who is an incredibly interesting character, but also managed and delivered by key influential players on the pitch, including Roy Keane, the club captain. Keane’s values—no nonsense, do your job, work hard—were picked up by the players around him, and, if they weren’t, Keane enforced them so they soon were. As captain, Keane had a formal role as a leader, but other key players had informal roles that required them to either lead or enforce values on a regular basis.

Informal roles can be incredibly varied. In a 2011 paper, a group of researchers identified 12 such informal roles that regularly occur within sporting teams:

Clearly, not all of these are positive, and the relative influence of the negative roles (e.g. malingerer) need to be constrained as much as possible. As a coach, you tend to want to align the culture of their team or club with what you view as important for success; this is hard to do individually, and so the coach needs to rely on key members of their playing staff to support them in this cultural change. The players who lead this change—either through a formal role (captain) or informal role—have been termed “cultural architects”, where a cultural architect is defined as “someone who significantly contributes to co-creating, interpreting, translating, developing, implementing, executing, and enhancing the coach’s visions and strategies through his or her attitude and actions (both verbally and behaviorally), and who thereby contributes to the development of optimal team coordination and culture.” (Definition taken from this paper).

Cultural architects, therefore, have the ability to make or break a team, and yet relatively little is known about them. A recent paper, published in The Sports Psychologist, and available open access, explores how elite soccer coaches based in Norway utilize these highly influential players within their teams. Here, ten coaches from men’s and women’s football, all of whom were highly experienced (with a mean coaching experience of 18 years) were recruited to a semi-structured interview process by the researchers, who were aiming to understand more around the identification and utilization of cultural architects within these coaches’ teams.

All the coaches identified that their cultural architects were generally the better players on their team, were extraordinarily ambitious, had high levels of motivation, and were devoted to improving their own skills. All had a winning mentality, were perceived to be mentally tough, and generally worked in a cooperative manner with players and coaches. Focusing specifically on the relationship with the head coach, the coaches stated that the cultural architects should be able to challenge and question the coach, but in private and away from fellow teammates. The cultural architects also all acted as either team influencers (i.e. were leaders on and off the field), task-team facilitators (i.e. acted as role models in bringing the team together towards a given task), or social-team facilitators (e.g. had some social function, such as building a positive atmosphere).

Identifying players within your team who demonstrate these traits is, therefore, clearly very important. These players can be utilized to spread your key messages throughout the squad, and to enforce the culture you want when you’re not there. As a coach, it is important for you to develop trust with these players, and allow them to feel comfortable in asking questions around key decisions. Key to this relationship is communication, which can include bringing the cultural architects into the decision-making process.

I think this is a really important study, and is, to my knowledge, the first to explore cultural architects in high level sport in this way. In terms of practical take-homes, the authors of this study suggest that:

By paying attention to these recommendations, coaches can, hopefully, make better use of the players at their disposal in working towards the goals of the team.