Working on landing as an isolated skill is probably misdirected work. Here is my thought process: aside from long jump, final jump in the triple jump and landings in gymnastic where sticking the landing is part of the judged routine, seldom if ever is landing a terminal action.

Much of the misunderstanding of landing comes from seeing still pictures of an athlete on one foot. There is no context of what the athlete did to get to that position or what they are going to do after that position. This is especially true of pictures of the so-called “position of no return” with the knee in an extreme valgus position resulting in a torn ACL. In change of direction the point of contact (landing) is essentially the position of the center of gravity in relation to the base of support, the goal being to change the direction of movement. Essentially you are passing through, not stopping.

For many years I was a big advocate of the stick & hold concept (Triple Flexion – Ankle/Knee/Hip) as a progression to teach proper force reduction. In certain situations, I spent an inordinate amount of time on this. I now think that I was wrong or at the least misdirected. Sticking and holding a landing and subsequently analyzing that on a force platform is relatively meaningless. It is just gathering more numbers that are essentially noise.

As an alternative I suggest a simple progression beginning with walking, progressing to easy controlled run, and finally to sprint tempo. Just take a step forward and change direction 45 degrees, then ninety degrees and keep moving in the new direction. Repeat progressively getting faster. Then you can go to Jimmy Radcliffe’s speed cut and power cut progressions. This will be on a GAIN Master Class and was covered in GAIN Video 12 available for HMMR Plus members. This will be time better spent and accomplish improved “landing” technique and will serve an injury prevention exercise.

Always relate the point of contact (landing) to where you are coming from and to where you are going. Then related this to the task that must be accomplished after the change of direction. It is part of movement and highly contextual. 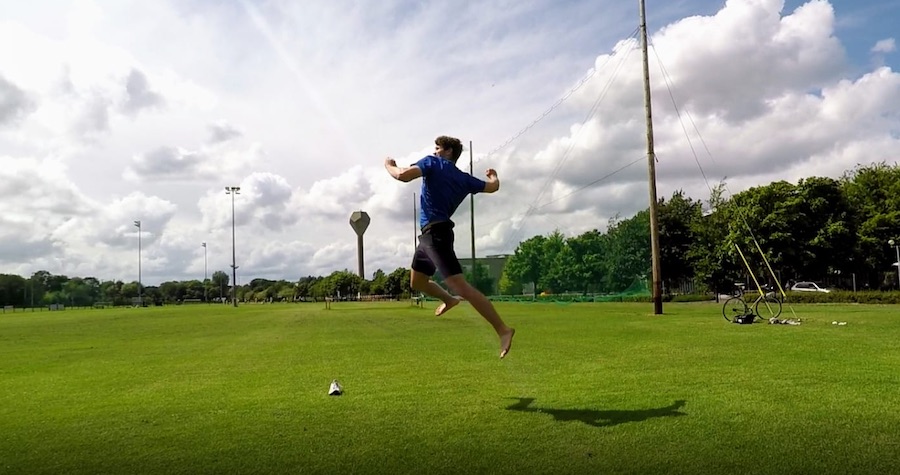