Look back at the history of track and field and there are some legendary performances that we can all admire no matter the era. 60 years ago Abebe Bikila won the Olympic marathon barefoot in a time of 2:15, just over 6 minutes off the times from recent Olympics. Jesse Owens had to dig starting blocks into the cinder track when he ran, but his performances in the long jump would still qualify for the Olympic final nearly 90 years later. Harold Connolly won Olympic hammer throw gold despite partial paralysis in one arm.

Many times these legends grow with age. You know how it works: your friend might have run 12 seconds in the 100 meters in high school. A few decades later the story is he ran 10.5 uphill into a hurricane headwind. With Harold Connolly, it was always the opposite. He always sought to downplay or hide whatever disadvantage he may have had. That has meant his accomplishments might be overlooked. There is a reason most people know of Owens and Bikila but not Connolly, but the more you investigate, the more amazing his career looks in hindsight.

» Related Content: I write an annual remembrance of Harold Connolly and his contributions to sport. Check out our other posts here. 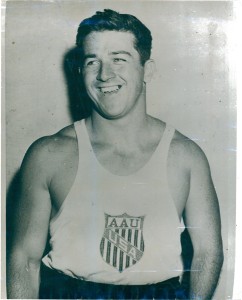 Ten years ago today Harold Connolly passed away. In the last 10 years of his life we became friends and he mentored me as both an athlete and coach. I knew his story: an injury at birth, followed by multiple breaks and surgeries meant that his left arm was weak, small, and nerve damaged. You hardly noticed, however, as seven decades of life meant he learned how to live without it impacting his life much. Recently hammer throw coach PJ Vazel helped me track down a neurological case history of a young Connolly published by renowned Dr. Ernst Jokl. The results paint a better picture of how his condition impacted his life and performance. The key findings were:

For those that aren’t familiar with the hammer throw, it is the only throwing event that uses both hands. While arm strength is not a determining factor in modern technique, it does play a role. And the impact of Connolly’s injuries was much broader than strength. The report continues:

“As far back as he can remember, the left arm has hung at the side as it does at present: internally rotated at the shoulder with the elbow extended and the hand pronated . . . Paralysis of the left deltoid renders abduction at the shoulder virtually impossible. Flexion at the left elbow is performed with feeble power on account of paresis of the flexors; extension can be effected, as the triceps functions well; outward rotation at the shoulder is almost completely lost owing to paralysis of the spinati; biceps and supinator jerks cannot be elicited. There is wasting and weakness of ulnar flexors of wrist and fingers and paralysis and wasting of the small muscles of the hand, which at rest assumes a semi-closed position resulting from the unopposed action of the long flexors of the fingers.”

This is the man that went on to become Olympic champion. Even now, more than 60 years later, his results would still make the finals at the US championships. To me, this is beyond the level of winning the Olympic marathon barefoot.

Fake it until you make it

When you face a challenge you can either use that as an excuse, or as motivation. I’ve written before about Connolly’s grit, and he clearly chose the latter path. From a young age, he was determined not to let his injuries define him. Had he grown up in the modern era that may have been easier. We lead less physical lives now and he could have easily turned his passion and energy in another direction and been a star in any number of pursuits, but growing up in Boston in the 1930s and 1940s the measure of a man was sport. The chief test was football, which became one of his first goals in high school. As Connolly wrote in his unpublished memoir:

“I was attracted to football, not because I had a passion for the game, but because it was the prestige sport—the one most important to the school and the screaming student body fans. More than anything else, I thought making our football team would win me acceptance as one of the boys.”

How do you make the football team when you can’t effectively use one arm? You fake it until you make it. He slipped through the medical screening, conned his way on to the field, and worked his ass off. Before he knew it he was playing varsity football.

Even at the pinnacle of his career, atop the Olympic podium, his competitors and the media didn’t even know about his condition. Instead, he kept with his instinct to hide it. In hindsight, his accomplishment is all the more impressive due to what he had to overcome, but for him he didn’t want it to be seen that way at all:

“Amid the deafening ovations, cameras and flash bulbs were going off all around us. I heard some of them cry out to me, “Connolly! Raise your arms above your head in victory. Come on, do it.” In my greatest moment of accomplishment, the old pain of embarrassment and humiliation engulfed me. All my life I had wanted to raise my two arms above my head. I had sometimes even dreamed I could do it. How natural to raise one’s arms in victory, and how much I wanted to do it, but I knew I could not raise my left arm. I quickly shot my right hand above my head and waved. “Both hands,” they kept insisting. “Come on. Raise ’em both.” Foolishly, I tried to comply, but my left awkwardly forced up no higher than my shoulder.” 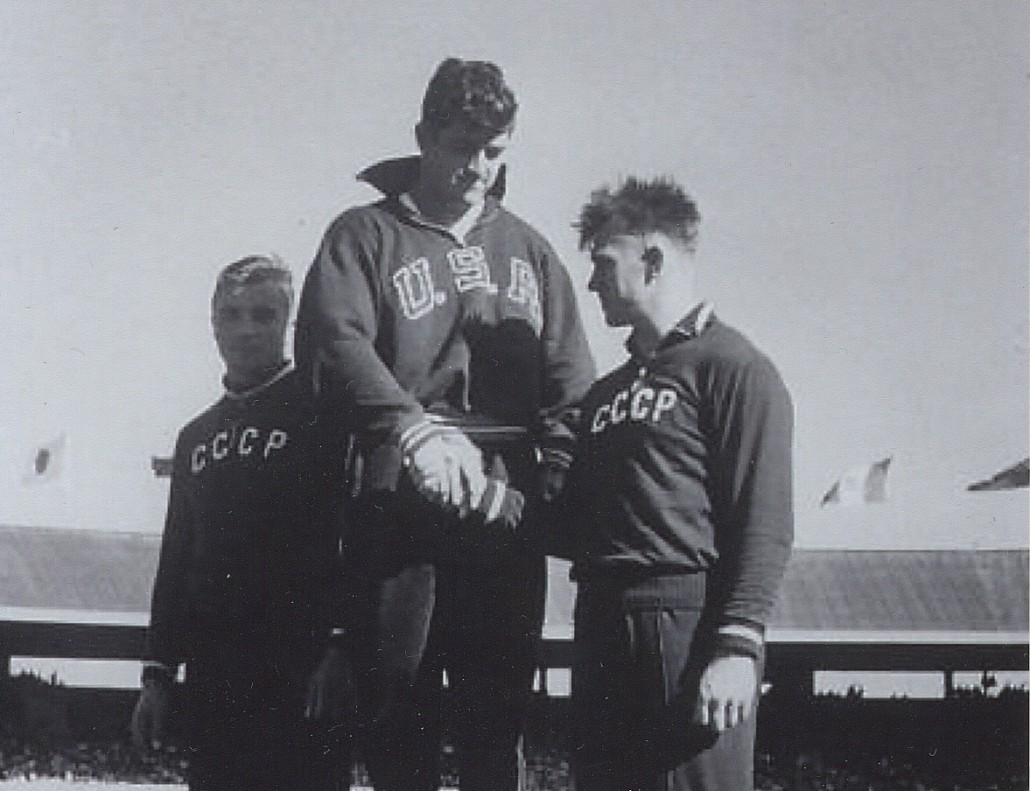 The neurological report starts out with describing Connolly as “a young man of intelligence, modesty and strong moral principles.” In the end, those are the three qualities that defined him more in life than his physical condition. Those qualities meant that Connolly’s arm at half strength was still stronger than yours at full strength.

Connolly might not have promoted his own legend, but I’m happy to do so. So here’s one story to end with from 2019 US champion and 2010 World Junior Champion Conor McCullough. McCullough was also mentored by Connolly and remembers this from a visit to the gym together during high school:

“I moved onto deadlifts and Hal joined in. I was excited to show him how I had been working on improving my strength and could move nearly 300 pounds. He worked up through the warm up sets with me and then as I hit my top set, my first time over the 300 pound mark, he said ‘Throw on that 45.’ He then proceeded to rep out over 400 pounds only a few years away from 80, with only one able arm. Since that day I have seen some monstrous feats of strength by some of the best athletes across the globe, but they simply don’t compare. That display was a showing of more than physical strength but of the mental will and grit that sustained a portion of that strength through a lifetime.”