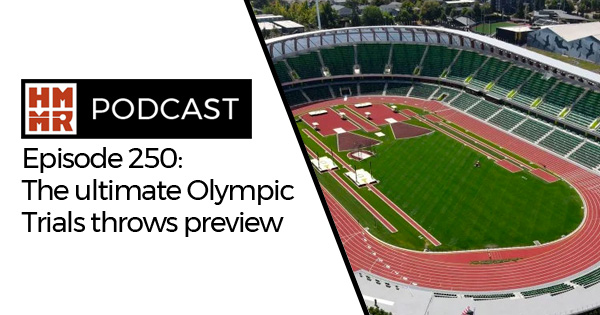 It seemed like the Olympics might never arrive, but all of a sudden the tryouts for the world’s best team are here. That’s right, the US Olympic Trials start this week and we’ve got an in depth preview of all the throwing events together with guest Kibwé Johnson. In addition to sharing our predictions, we also discuss format changes in the field events, what makes a championship environment different, the resurgence of American hammer throwing, and much more.