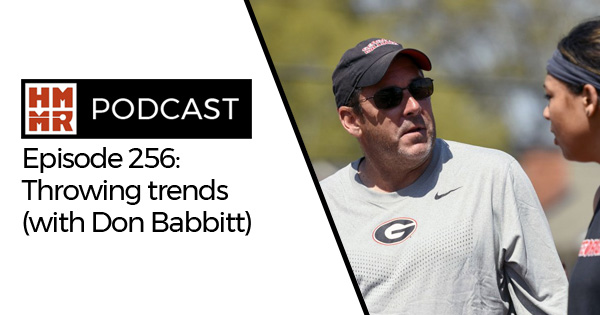 The dust has settled following Tokyo, giving us time to analyze the most recent trends in our sport. It’s not just a question of who is hot and who is not, but how current throwers are adapting and changing technique to reach new levels. On this week’s podcast coach Don Babbitt joins us to look at the technical trends in the throws that emerged in Tokyo.

Don Babbitt is the throwing coach and Associate Head Coach at the University of Gerogia. In 25 years at the school he has guided some of the top collegiate and professional throwers in the world, including Reese Hoffa, Adam Nelson, Breaux Greer, Jason Tunks, Andras Haklits, and many more. In addition, he supports World Athletics on coaching education and throwing topics.