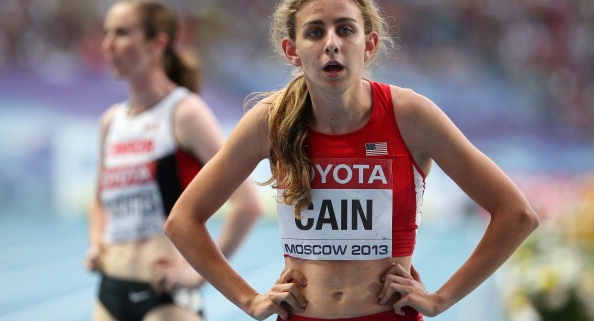 This piece was originally published on February 7, 2013 after watching Mary Cain produce a series of remarkable athletic performances. Although it inspired many people, it unnerved me. I certainly never could imagine the abuse she would be put through, as she has written about herself and detailed in a lawsuit filed this week. As we have seen, abuse in youth sport unfortunately continues to be a concern nearly a decade later. We all need to stay vigilant.

Cain’s 2 mile mark of 9:38 broke the old high school record, set by Melody Fairchild in 1991, by 17 seconds. It also provoked jokes across the internet that every high school boy 2 miler was now checking his 2 mile PR (Personal Record). Breaking 10 minutes for two miles in high school is considered a standard of excellence for many high school boys. 9:38 was faster than I ran in high school. In a lot of states 9:38 can win a high school boys state title. The fact that this looks like just the beginning for Cain is even more impressive.

In many ways, Cain’s story is a great story and maybe I should just be quiet. But something unnerves me about these performances.

She is not the first high school girl who has produced world class marks in middle distance events. The two best known women who did this were Mary Decker and Zola Budd.

Mary Decker (now Slaney) immersed herself in the sport of track and field at the age of 12 and might have made the US Olympic team in 1972, but age requirements at the time prevented her. Much of the next ten years of her life were spent fighting injuries. But in 1982 at the first World Track & Field Championships she completed the ‘Decker Double’ winning 1500m and 3000m gold medals. However, she is most famous for an incident in the 1984 Olympics when she tangled with another young phenom Zola Budd.

In the early 1980’s, Zola Budd had run incredible times in her native South Africa. What was even more amazing was that these times were run barefooted. In 1984 when she was 17, Budd broke the world record for 5000m. But with the 1984 Olympics approaching and South Africa banned due to its aparthied policies, Budd decided to renounce her South African citizenship and through her fathers family become a citizen of Great Britain. She won the British Olympic Trial for 3000m in 8:40 and was placed on the British team.

However, in the final of the 3000m at the L.A. Olympic Games, Budd and Decker tangled legs and Decker — the hometown favorite — fell to the ground. Deckers’ race over, the crowd booed Budd who ended up finishing 7th. Although Budd finished the race, the incident so affected Budd that her time was considerably slower than her personal best for the event. The race, though, has been acknowledged by at least one source as one of the top 100 sports moments of the 20th century, given how things unfolded. Here is the Youtube video of that race if you are interested.

Budd and Decker may be the most famous middle distance women running prodigies, but there are many others who never earned the same level of achievement. In fact, the height of achievement for many of these girls is their high school record. Polly Plumer, although an All-American in college, was plagued with injuries after High School and never realized the achievements her high school marks seemed to portend.

The story of Debbie Heald is much more tragic and was recently featured in Runners World Magazine: Debbie Heald Set An Important Record. Heald has had many struggles in life far more serious and sad than running injuries that also ended her career after setting high school records.

There are many many more American girls that are running prodigies than American boys. I would only put Alan Webb — who ran a 3:53 mile in High School over a decade ago now — at the same level as many of the high school girls who I have seen run incredible marks.

That’s why I became nervous when I heard last year that Nike Coach and American running legend Alberto Salazar declare Mary Cain a once in a generation talent and offer to become her advisor. Cain stopped competing for her high school team and has since only competed at the elite level of track and field competition.

I saw this saying on Twitter a few weeks back: men battle to bond; women bond to battle. This phrase resonated with me and my experiences coaching girls and boys. Yes, it is a complete generalization and maybe verges on a stereotype. But whenever I ask an experienced coach what is better coaching an elite boy athlete or coaching an elite girl athlete, they almost universally say coaching the girl. The reason is I believe because of the bond that girls create with their coaches and I believe need to succeed. This unquestioningly loyal psychological make-up is both a strength and a weakness for many of these girls. Elite adolescent girl athletes put so much trust and loyalty and see their goals and your goals as a coach as such a shared experience that I believe it becomes a duty to protect them.

Maybe this is just the father in me coming out, but when I see an adolescent girl put their trust in a coach who represents a corporation — and I know Nike does lots of good things — I worry that her talent will be used or manipulated. When I see that same girl break long standing records by what amounts to jaw dropping amounts, I start wondering what is she being asked to do. When I look back at the history of these prodigies in our country and the challenges other once in a generation talents faced, I just hope someone is thinking about their lives beyond athletics, beyond the next record, and beyond their future medal potential.

Salazar certainly has a lot of experience with elite runners but has very little experience coaching what I have seen to be the most fragile of talents — exceptionally talented adolescent girl middle distance runners. America’s greatest teen middle distance prodigy, Mary Decker Slaney, despite an injury checkered career, competed up through the 1996 Olympic Trials. Regretfully her career ended with a positive drug test at those trials. At that time her coach was Alberto Salazar.