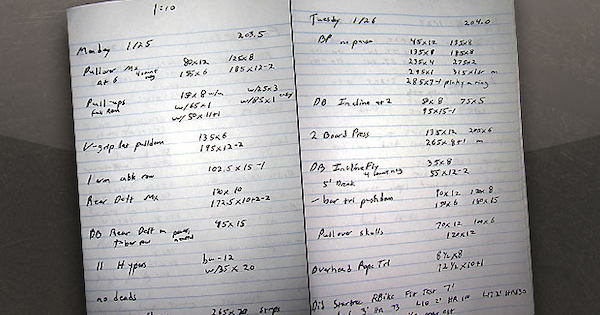 We are taught in school that math is objective. There is no debating it: 1 plus 1 equals 2. The problem comes when math meets the real world. Many people assume math is just as objective and give deference to any approach that uses number. But the chaos of the real world makes it difficult to rely on numbers with precision. This is the same in coaching.

I thought of this when I recently read a tweet from Westside Barbell illustrating this exact perception that using numbers and percentages of load is somehow scientific and better. I was impressed with how many inaccurate assumptions could be condensed into a 16-word tweet:

If you follow the percentages you can not over- or undertrain. It’s all based on math. #strength101

All my experience and observation in coaching tells me that it is not about the math: it’s about observing and adjusting your coaching plan according to how your athlete is performing on the day. Below I shall break down the assumptions that I see in this statement and how they might also apply to other coaching scenarios.

The idea that lifting for 85% or 87.5% for 3 reps is better than 90% for 2 reps or 80% for 4 reps often ties strength coaches up in knots. But where do they obtain these numbers? What studies are they based upon? Which cohort of subjects? Were they competent weightlifters or were they ‘sports science/ physical education undergraduates’? How long did the studies last for? There are so many questions about study design that to say that one number obtained from Study A is better than another number from Study B is speculative at best.

One glaring point is that studies report the mean result of the training program. There is rarely one number that works for everyone, outliers exist above and below the mean. To declare that the mean number from a study should be used for everyone is fallacious.

Best guess: varying the load and repetitions allows the athletes to have easier and harder days and gradually work to lifting heavier loads. This idea has merit.

What are we basing the 85% on? The personal best that was achieved 7 weeks ago or the predicted new total that the lifter will attempt in 2 weeks’ time? If the percentage is based on the previous lift then what happens as the lifter gets stronger? They will be lifting lighter than is necessary. They will then have to lift above 100% in order to reach their new total: this is impossible. They can only ever lift 100% and so that means the 95% and all the other percentages in the previous few weeks were inaccurate.

The idea that progression is linear or step-like simply doesn’t hold up in practice. Last week, one of our female lifters was on fire, she made the weights look easy. A week later and she was struggling. Her boyfriend was away and it was just her and the dog at home. This left her feeling anxious, her overall well-being was subdued and it affected her training. There was no math involved here, her lifting was undulating week to week.

We have a pair of 14-year-old female lifters who train every Monday and Thursday. I quickly recognized that they were moody, grumpy and lacked enthusiasm on Mondays and yet seemed to lift well on Thursdays. They had no p.e. on Mondays but both did Netball on Thursdays for an hour after school. Theoretically they should be more tired on Thursdays but they weren’t. This had nothing to do with menstrual cycles because it happens every week

Rather than try and force loads on them that were going to be a mental struggle, I adjusted the session plans. On Mondays they do the snatch on lighter loads for more reps, plus a few sets of clean and jerk and then supplemental lifts such as clean pulls or dumbbell complexes that are less technical but still get them moving with some load. On Thursday we work towards heavier totals on snatch, clean and jerk and then add back squats at the end. Their totals have improved weekly since we did this . I have never seen this reported in a study. I did not impose percentages upon them, I adjusted according to how they were feeling.

Best Guess: athletes moods and underlying health changes day to day, week to week and so does their ability to lift well. Having a range of sets and reps to operate within allows athletes to go near the top when they feel good and go near the bottom when they feel less good. The overall trend can be upward but adjust in each session.

Assumption 3: Under- and over-training are impacted by intensity alone

Professor Craig Sharp identified this at least 20 years ago when he talked about the ‘Unexplained Underperformance Syndrome’ (UUPS: this acronym does not appear to have caught on amongst coaches). As indicated by the two examples above, athletes ability to recover from training is dependent on many outside factors not just what weight they have lifted in the session. These include: other training sessions/activities, sleep quality, diet, external stressors such as exams, relationships and work.

Athletes who have a week of healthy lifestyle and found a £1 coin on the street before they came into the session can lift more and recover well. Athletes who have had two weeks’ of exams, have been ditched by their girlfriend and whose football team got knocked out of the F.A. cup the night before may struggle to lift anything near their best. They lose sleep and binge on junk food and struggle to recover between sessions.

Despite this, athletes cope with differently with volume and intensity. Some can deal with larger volumes of lighter loads and then get to a peak. Others can lift near to maximum quite often but become tired with too much volume.

Best Guess: increasing volume, intensity or complexity of exercises needs to be done gradually to allow the athletes to compensate. This will differ from athlete to athlete.

Athletes are human beings not excel spreadsheets. External factors have to be taken into account when programming loads over the short and long term. The training principles of specificity, progression, overload and recovery are essential when planning and coaching. The idea that coaching athletes can be reduced to simple numbers is scientificy rather than scientific.