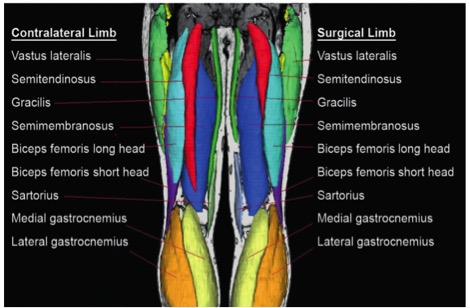 What is the posterior chain? Is it a meaningful term or a term of convenience without real meaning?

In a training manual that I just received produced by a national federation (In a sport plagued by hamstring pulls) there were twelve exercises listed under posterior chain exercises. On a visit to observe a DI football team the strength coach proudly told me how they do six posterior chain exercises as part of each lower extremity training session. Guess what, this year they had had more hamstring pulls and other lower extremity catastrophic injuries than any team in their conference.

Is there something wrong with this picture? Sure, you bet there is. The prevention has become the cause. Frankly I just do not understand why we keep fooling ourselves, all you must do is understand function.

Rather than focus on the areas of the body (hamstrings) that are at risk of injury, look how that segment fits into the whole kinetic chain. But it is not usually the hamstring’s fault, it is a lack of coordination; other muscles did not do their job. The term posterior chain has created another problem rather solving a problem. It also has created confusion where and when we need clarity.

Let’s get back to a focus on the kinetic chain and the interaction and coordination of the links in the change that result in efficient movement that is essentially a chain reaction. It does not require any fancy machines, no new terminology, just a repetition of basic movements in multiple planes, encompassing multiple joints that emphasize coordination of force production, force reduction and proprioception.