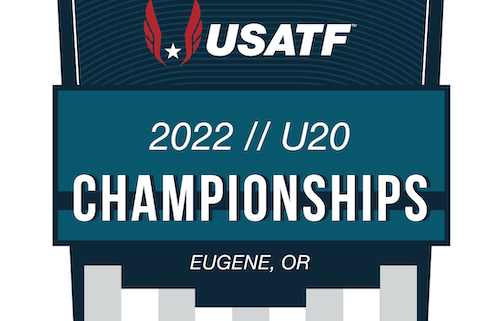 The World Junior Championships are taking place in Colombia in August and the best under-20 throwers in the US had a chance to qualify on Thursday at the USATF U20 National Championships. With the top two finishers earning a spot on the team, competition was tight.

High school national leader Tarik Robinson-O’Hagan (Woonsocket, RI) led the way with a win in the junior men’s competition. Men throw the international junior 6-kilogram hammer, but the heavier weight didn’t slow Robinson-O’Hagan down as he almost went further than his personal best with the lighter high school ball. Colin Burkhart, now a freshman at Penn State University, showed the big progress he has made this year with a silver medal finish to snag the last spot on the World Junior Championships team. His best mark with the heavier hammer easily surpassed his high school marks with the lighter hammer from last season. Prep thrower Jeremiah Nubbe (Rainier, WA) took bronze. The women’s competition dominated by collegiate throwers Emily Fink of West Point and UCLA’s Jillian Stafford. Katelyn Peterson (Dixon, CA) was the top high school finisher in fourth.

More coverage of the competition: