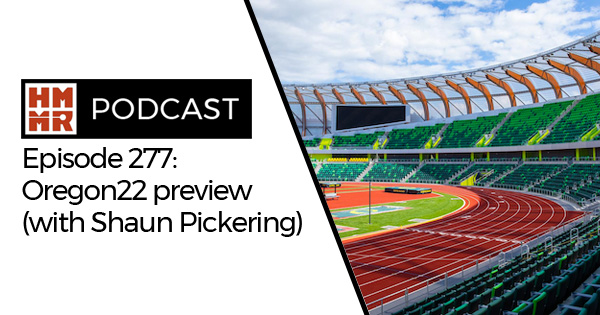 For the first time ever, the World Championships will take place in the United States, bringing the world’s best throwers to battle it out in Oregon. The action kicks off next week, but this week we already sit down with Shaun Pickering to break down each event with the top storylines, predictions, and more.

Shaun Pickering is a coach, commentator, and supporter of the throws. As an athlete, he competed in the shot put at the 1996 Atlanta Olympics and won bronze at the 1998 Kuala Lumpur Commonwealth Games. He is a member of the Welsh Athletics hall of fame after capturing 19 Welsh titles in the shot put, discus, and hammer titles. In addition, he is a founding trustee of the Ron Pickering Memorial Fund, where he helps support the next generation of athletes.