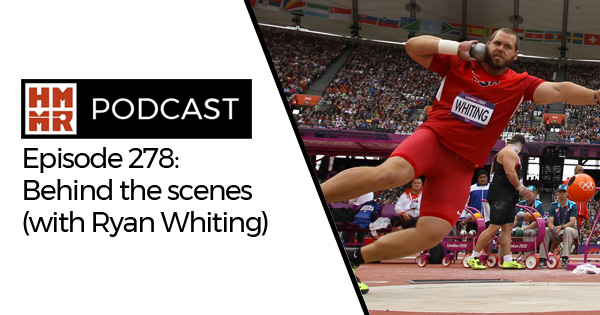 The World Championships are going on at the moment, and Ryan Whiting has experienced them many times as both an athlete and a coach. On this week’s podcast he walks us through what makes the world championships different from other meets and what makes it so hard to peak on the biggest stage. In addition, he looks back at the lessons he learned from his own coaches, and how he has molded that into his own coaching philosophy.

Ryan Whiting is a world champion shot putter. As a collegiate athlete at Arizona State University he set the indoor collegiate record and won six NCAA titles, including one in the discus. As a professional athlete he won two World Indoor Championships, won silver at the 2013 World Championships, and also was an Olympian in 2012. He currently coaches an elite group of throwers at Desert High Performance.