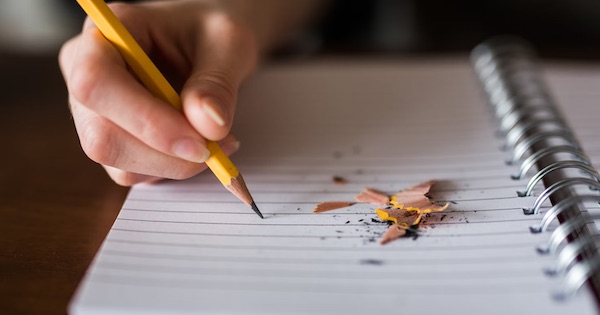 Whilst watching this year’s weightlifting European Championships this spring, the commentators spent a lot of time talking about an app-based 20-week training program. Apparently, if you entered your details, the app could provide an ‘individualized’ training program. It was a struggle for me to see how this concept would work since I have yet to see any program I design last more than two sessions before we (the athlete and me) have to start making adjustments.

There is something seductive about training program design: the sets/reps, percentages and training loads. There is something satisfying about manipulating the numbers and adding shades or colors to the various cells on a spreadsheet and presenting it to the athlete (or at a conference). Coaches fall in love with it and can easily become infatuated. Unfortunately, there are two reasons why this plan is unlikely to last beyond the first week.

First off, the plan’s workload is based on average results in most cases. Every study publishes the average result and puts the standard deviation in brackets at the end. If, for example, 66% of the athletes fell within a certain range, that also means 34% of the athletes fell outside of this range. So, the research study your template is based on shows the average result, but very few people match the average. Your athlete might be at the lower or higher end of the ranges (and 1 in 2 will be outside), like Goldilocks’ porridge, your program might be too hot or too cold. Unless you have access to very specific training history and records (such as if you have been coaching someone for many years), your starting point will be the average and need to be adjusted once you gain more information.

The second problem is that the program takes no account of what the athlete has done before they come to your training session. As Todd Rose says in his book, ‘The End of Average’:

“The lure of averagarianism dupes scientists, educators, business leaders, hiring managers, and physicians into believing that they are learning something meaningful about an individual by comparing her to an average, when they are really ignoring everything important about her.”

Yesterday, at our club weightlifting session, one athlete was tired from doing a 12-hour shift on her feet working in a pub. Another was mentally frazzled after doing his GSCE German written paper. Another had a tight right calf from running and couldn’t do any ankle extension (useful in weightlifting). None of that was in my program! None of this information was gathered from technology. I used an old-fashioned method called, ‘having a conversation.’ This provided me with the relevant information and I adjusted the sessions accordingly.

Now multiply that variability by 2-3 sessions per week over 20 weeks. How exactly can you design a 20-week program in advance with all that is going to happen.

The pencil is mightier than the spreadsheet

The opposite of planning is to let the athletes come in and do what they please or feel like in every session. That could end up with one group chatting, one group looking in the mirror whilst doing concentration curls, and a couple of die-hards thrashing themselves into oblivion with maximal efforts every set. This also is not ideal. Thankfully there is a middle ground: rather than scripting everything or letting it be a free for all, plan a framework and then give indicators on how each set should ‘feel.’

I don’t use percentages for the reasons stated above (I won’t make it to weightlifting heaven now). Instead I have a common language I sue with athletes. For example:

Using words rather than numbers helps avoid a fixation on numbers and allows for the athlete to regulate their session according to how they feel. The 80kg snatch on Monday feels tough but manageable. By Friday, that could either be 75kg or 83kg, depending on what happened in between and how the athlete has responded to the training load.

The session outline is in pencil: the lifters ‘ink’ their weights on the day.

We often get personal bests without thinking about it, simply because the athletes are feeling good when they come in. I am lucky that most of them are rubbish at maths and don’t know what is on the bar: they lift according to feel.

This changes when we approach a competition or a ‘personal-best’ night: I get the athletes to write down what they think their opening lift should be and we work towards that. We do lower the volume and think specifically about maximal efforts for the two weeks’ before they attempt.

This does work for most, at our last four club/ representative competitions and our last personal best night, every lifter has got at least one personal best. This might indicate that they aren’t training hard enough in between events, or that they could be progressing faster. But, I am a believer in gradual progress and results when we need them.

I wish I could predict what everyone will be doing in 20 weeks’ time, but I am unable to do that. Instead, I focus on helping the athletes improve and enjoy the process, avoiding the sensation of being beaten down and broken.