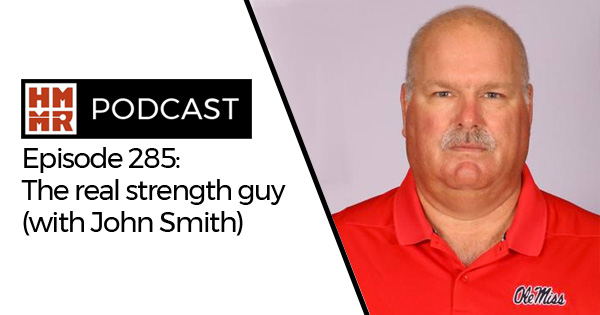 When we chase power we often look to strength coaches for the answers. But some of the most powerful athletes in the world are throwers. Coach John Smith thinks we’re asking the wrong people; we should be looking to the throwing coaches for the best examples of how to develop powerful athletes. Smith is one of the most successful in the NCAA. On this week’s episode he talks about how he developed his unconventional approach to strength and power training, and much much more.

John Smith is the throwing coach at the University of Mississippi and one of the most successful coaches in the NCAA. In his decades of coaching he has produced 4 Olympians, and athletes that have won 34 US titles, 13 NCAA championships, and 92 All-American honors.