It’s been a while! As I sit here in the wake of having just begun my new program, I decided to get back to blogging while my muscles and ligaments stitch themselves back together again. Dr. B decided to pull a fast one on me and give me the 12kg hammer. Ouch. Lets go back in time a couple weeks, shall we?
END_OF_DOCUMENT_TOKEN_TO_BE_REPLACED

The last few weeks before moving outside, my technique progressed very well. Everything gets easier and my special strength continues to grow. Dr. B has generally come down pretty hard on me for my entry the last few months, but more on that later. Last week in training, I set personal bests everyday. Great news.
END_OF_DOCUMENT_TOKEN_TO_BE_REPLACED 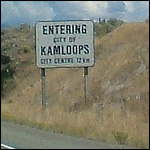 Wanted to give you a “Cribs” style view of our indoor throwing and weight room. Check out the video below. Hope you all like it!
END_OF_DOCUMENT_TOKEN_TO_BE_REPLACED 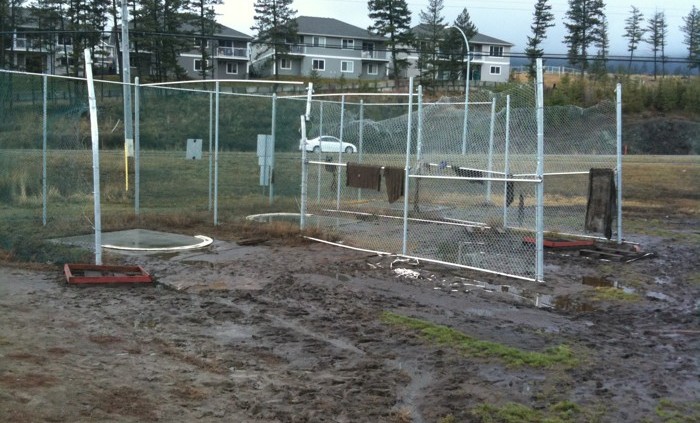 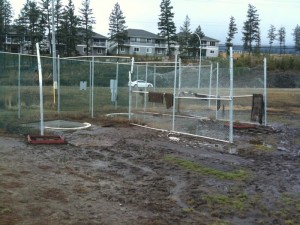 We finally emerged from our indoor training room to begin training outside. Even though we could have been training outside since about the middle of January, which is around the last time we saw any snow of any kind. Winters here in Kamloops are pretty mild, but this winter turned “mild” into almost nonexistent. The great thing about being outside, is obviously actually training outside and being able to see the fruits of my labor. We are outdoor athletes after all.
END_OF_DOCUMENT_TOKEN_TO_BE_REPLACED

I used to think that high volume was German Volume Training, or other programs similar to that… Little did I know … Everyone told us that we were going to have to be patient with the transition moving here. We were told countless times that we might as well just treat it as a “throw-away” year. As Kibwe and I heeded these warnings we were still thinking to ourselves (quietly) that we would just have an average year. We never thought we would be down as much as we actually were.
END_OF_DOCUMENT_TOKEN_TO_BE_REPLACED

An interview was posted today that I did with Collegehammer.com. Check it out.

Back in 2007, Kibwé Johnson had one of the most impressive seasons ever by a collegiate thrower. He started off the indoor season by becoming the first collegiate thrower to break 25 meters. His best throw of 25.08m ranked third all-time in the world and set a new collegiate record for all divisions. During the outdoor season, Johnson won the Division II title and then continued his success by placing second at the Pan American Games and representing America in the IAAF World Championships. After the Olympic Trials in 2008, Johnson and his fiancée, former Canadian record holder and champion Crystal Smith, decided to relocate from Ashland, Ohio to Kamloops, British Columbia, where CollegeHammer.com editor Martin Bingisser also trains. CollegeHammer.com had a chance to catch up with Johnson after a year of adjusting to the new training center and coach. END_OF_DOCUMENT_TOKEN_TO_BE_REPLACED

I started a new program a couple days ago and it’s pretty BA. END_OF_DOCUMENT_TOKEN_TO_BE_REPLACED

While we have been training inside for the past few weeks, our new outdoor facility is ready to go for the spring. Rather than throwing in a mudpit like we did this past year, we’ll be throwing in a new hammer-only facility. Check out some of the pictures below. So from now on, hopefully there won’t be anything growing on my hammer shoes like before…