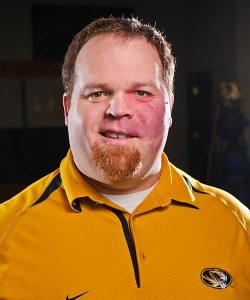 As an Assistant Director of Strength & Conditioning, Mann worked with nearly all of the sports teams in the department in some capacity or another over the course of 12 years. As a professor at MU, Mann teaches several different classes including Human Anatomy, Human Kinesiology, Sports Performance and Conditioning and Weight Training technique for the health professional.

Mann also is an accomplished author and researcher. He has published three books, most notably “Powerlifting,” which was published by Human Kinetics, and numerous journal articles. Mann is most well-known for his research on autoregulation of training with the first athlete training article ever done on the Autoregulatory Progressive Resistance Exercise (APRE) protocol as well as assessment of training improvements. He is also known as being a pioneer in Velocity Based Training (VBT), having given presentations all over the world on the topic. Recently of note is his work on the effects of academic stress on illness and injuries in college football.

Dr. Bryan Mann is an Associate Professor of Physical Therapy and Athletic Training at the University of Missouri as well as Director of Research for the MU Human Performance Institute.