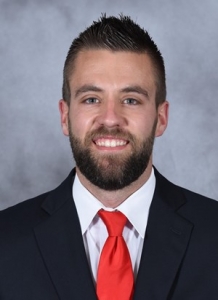 Chris McCormick joined the Florida Atlantic University in June 2018 as the head strength and conditioning coach for Olympic sports. In January of 2019 his position was elevated to Director of Strength and Conditioning for Olympic Sports which he held until 2021 when he transitioned to working in ministry.

Chris McCormick is the former Director of Strength and Conditioning for Olympic Sports at Florida Atlantic University.