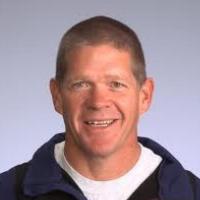 While with the University of Wisconsin (1988 – 2000), Steve assisted with Big-Ten and National Championship efforts in Hockey, Soccer, Cross-Country, Tennis, and Rowing. In 1993-94, he took a one-year leave-of-absence from the UW to work with the San Jose Sharks of the National Hockey League. During that season the Sharks set an NHL team record for single-season improvement, boosting their league standing point total by fifty-eight over the previous season’s record. Most recently he worked as the Wellness Director and District Performance Coach for Athletics at Middleton School District in Wisconsin. He is also a GAIN faculty member.

You can learn more about Steve in our interview with him on GAINcast Episode 25 and HMMR Podcast Episode 149. He also shared some of his philosophy and training methods in our the first of our GAINtalks video series, as well as video lessons on mini-bands and long-term athlete development.

Steve Myrland has worked as an athletic development coach at the youth, collegiate, and professional levels. He also a GAIN faculty member and was formerly the strength and conditioning coach at the NHL’s San Jose Sharks and the University of Wisconsin.