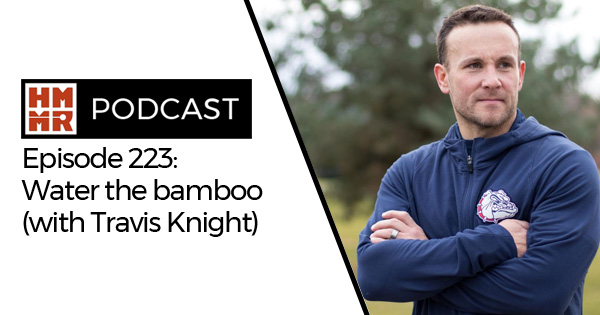 Underdogs come and go, but Gonzaga University’s basketball team keeps coming back. The small school team is the perennial overachiever and strength coach Travis Knight has been there the whole time. He joins this week’s podcast to discuss the unique team culture and process that helps them keep up with their bigger budget competitors, as well as his approach to training agility for one of the most demanding sports out there.

END_OF_DOCUMENT_TOKEN_TO_BE_REPLACED

“What allows you to perform at your peak in the season?” mental performance coach Julian Coffman asked a room full of America’s top developmental skiers last summer. “Confidence,” one of the athletes offers. “And where does that confidence come from?” Julian counters. “From trusting in your preparation and in your summer training,” the athlete replies. END_OF_DOCUMENT_TOKEN_TO_BE_REPLACED

We talk all the time about culture, but what exactly is it? Wade Gilbert defines it in his coaching book “Team culture has been defined as a pattern of shared assumptions that guides behavior . . . Culture comprises both the obvious artifacts of the team and the less obvious norms and rituals.” In other words, culture is the way we do things around here. END_OF_DOCUMENT_TOKEN_TO_BE_REPLACED

It’s easy to fall into the trap as a coach of focusing primarily on physiology and biomechanics when carrying out your sessions, as these aspects are often easy to quantify, as well as giving us an illusion of prediction, increasing our confidence in the outcome. But, as is always the case, things are rarely that simple. New research continues to show how athlete choice can help a program’s effectiveness.

Want your athlete to get quicker? Then you can focus on ensuring the reach an optimal knee angle in front of the body, or have a low heel recovery behind; both these aspects can be determined via video analysis, which today can be as simple as filming on a smart phone. Conversely, if we want our athletes to get stronger, we know – more or less – what we need to do; get them to experience some time under tension, likely with high loads, ideally with exercises that stress the key muscle groups, for a repeated number of times. Often, this will be in the rep range generally shown to increase strength, somewhere between five and ten reps, because that’s what both experience and science tell us is ideal for this goal. 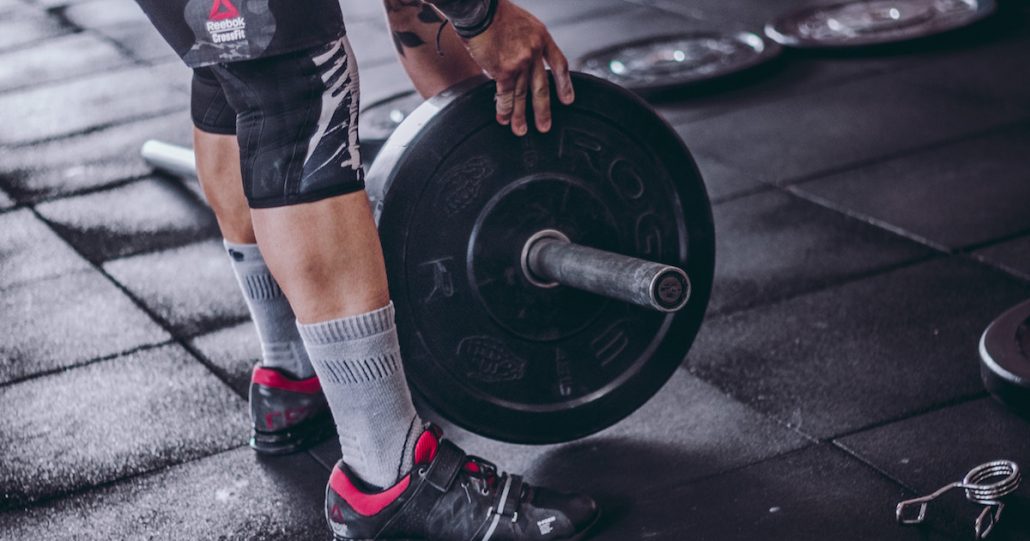 Both of these methods are really useful and highly effective. For example, the ability to record a repetition on video, and then almost immediately watch it back can have a huge positive impact on an athlete looking to make changes to their technique. But, in recent years we’ve started to understand the impact of the brain on performance, especially around the area of perception, such that how an athlete perceives something can have a large impact on their overall performance, both in training and competition. As an example, an athlete who perceives an upcoming session as more difficult may have a completely different approach to the session than a second athlete who perceives it as easy. Both will also likely have different chemical responses to the session too; the athlete who is more stressed may see increases in cortisol, potentially negatively affecting the adaptation to that session.

Building on this theme, a recent research paper by lead author Israel Halperin explores the positive impact athlete autonomy can have on training outcomes. There is now good evidence that allowing athletes some choice in how training is carried out can enhance adaptations . From a physical perspective, allowing an athlete to have a choice as to certain aspects of both a training session and a training program can lead to greater improvements. A couple of studies cited by Halperin and colleagues have explored this in detail. For example, a 2010 study demonstrated that allowing athletes to choose what days they trained led to significantly greater improvements in leg press strength compared to when athletes followed a set, inflexible training program (all other aspects were the same between groups).

Allowing some level of athlete autonomy may also increase athlete adherence. A 2017 paper recruited resistance trained men (those with at least 6 months training experience) to undertake two different periodization programs – one group undertook a standardized, structured program (i.e., they were told which training sessions to complete and when), whilst the other undertook a semi-structured program; they got to choose the order of the workouts themselves. Because both groups completed the same exercises, at the same intensity, for the same number of sets and reps, the actual work carried out between them was matched; the only difference was the selection of the order of sessions. At the end of the nine-week training block, there were no differences between the groups in terms of improvements in strength, but those in the group allowed to choose the order of workouts were more likely to have attended every training session, demonstrating an increased adherence to the program. Something as simple as allowing individuals to select the order of exercises in a training session also increases the total work carried out  when compared to a control group carrying out exercises in a specific, pre-ordained order.

These enhancements also appear to be present acutely. For example, allowing subjects to select the order of which they carry out a handgrip strength test enhances performance in the test compared to when they have no choice. A study led by Halperin in a highly elite combat sport athlete showed that allowing the athlete to select the order of punches enhanced performance (measured by speed and impact force) to a greater extent than when the punching order was determined by the investigator.

Coaching is a partnership

So what does this all mean for coaches? Well, as Halperin and his co-authors point out, you can’t just give athletes a total free-reign on selections. For beginners, a smaller number of choices are more appropriate, as this group are perhaps a bit less aware of the best way to carry out given sessions, and so may respond better to a baseline of standardized training within strict parameters. Similarly, with more advanced athletes, as a coach you still need to ensure that the training delivers the desired training stimulus, with the choices given not affecting that. For example, if you have a session designed to elicit muscle hypertrophy, but allow athletes to choose the reps ranges, if an athlete selects rep ranges of 1-2, the desired response will not occur. Instead, the authors recommend restricting choices to a range; in the hypertrophy example, you might allow the athletes to choose 8, 10, or 12 reps, for example, instead of giving them free reign to choose whatever rep ranges they desire. Additionally, the choice options should vary over time, so that athletes aren’t always faced with the same choices. In some sessions, they might be able to select sets and reps, in others, small changes in exercise order. On the track, you might allow them to self-select which lane to run in, who to run with, or where to start each training rep from.

As a coach, you’ll have to make a judgement call on how much leeway to give your athletes in terms of choice, and you’ll need to monitor how well it’s carried out. Some athletes may always choose what they perceive to be the easier option, potentially leading to smaller improvements. Others may always choose the harder option, potentially leading to increased fatigue and poorer outcomes. It’s important to understand that the athlete shouldn’t have free reign, but greater athlete input to the training program can help results significantly. Such input has been shown to enhance motivation and adherence, and, as a result, represents a useful tool in the coaches toolbox.

Earlier this month I wrote that transfer is not as straightforward as it seems, even with something as simple as linear speed. In response, some coaches, such as rugby coach John Pryor, have rethought their approach to training speed and strength. Pryor is currently the head of strength and conditioning for Fiji in the lead-up to next year’s World Cup. We’ve written several times about his approach to training speed, and he’ll cover the topic again at GAIN 2018 in June, but a few weeks ago I had a chance to talk to him about the process that got him there. END_OF_DOCUMENT_TOKEN_TO_BE_REPLACED 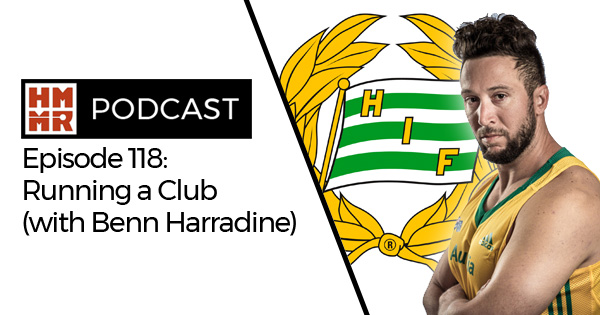 Elite performance involves a complex support network. As an athlete, you often only get to see one side of the equation. This year HMMR Media author and discus thrower Benn Harradine crossed over to see the other side as the new performance director for Sweden’s largest athletic club Hammarby Friidot. On this episode of the podcast he joins us to discuss his lessons learned in the first year on the other side. END_OF_DOCUMENT_TOKEN_TO_BE_REPLACED 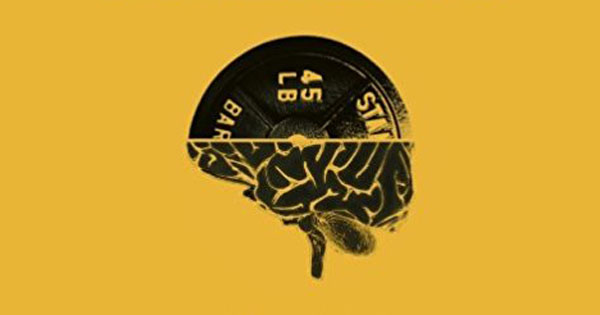 The old saying goes that belief in a bad plan will be more effective than doubt in a good plan. The reason this saying lives on is because it is true: buy-in is one of the most critical factors in training. And while coaches often discuss it, rarely do they get down to the gritty details of how to actually establish it. On this week’s episode we look at building buy in and some thoughts spurred by Brett Bartholomew’s new book Conscious Coaching: The Art and Science of Building Buy-In