Back in December, I invited Sergej Litinov to Zurich to present a workshop and work with some of the Swiss hammer throwers. Since I first got to train with Litvinov in 2004, I have been impressed by the different perspective he brings to the event. He conceptualizes the hammer throw different than any other thrower I know. Back in August 2017 and September 2018 he joined member hangouts to try and explain his approach, but only seeing him with with athletes in person do you really get to understand how to put the concepts into practice. END_OF_DOCUMENT_TOKEN_TO_BE_REPLACED

The following is a list of some mistakes that I have made in coaching and teaching. If you learn from your mistakes I should be a genius, but unfortunately some of the lessons were only learned after I repeated of these mistakes several times. I hope that by sharing these with you, it will help you to avoid making the same mistakes I have made. END_OF_DOCUMENT_TOKEN_TO_BE_REPLACED

Drills have been the go-to technical tool for coaches for decades, but more and more research is showing that drills are not always the most effective tool for coaches. On this episode of the GAINcast we break down the shortcomings of drills, and discuss alternatives that can help get results that transfer back to your sport. END_OF_DOCUMENT_TOKEN_TO_BE_REPLACED

It is important to be clear on one thing regarding drills. If you use a drill or drills know why you are using the drill. In my experience drills are most effective in closed skill activities where they can be used to correct a part of the movement or reinforce a concept. But always go back to the whole movement, remember Whole – Part – Whole. END_OF_DOCUMENT_TOKEN_TO_BE_REPLACED 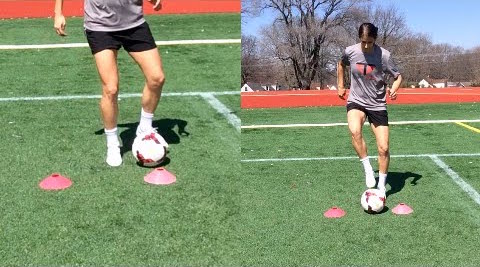 Ask yourself we do we spend so much time teaching and perfecting drills? Wouldn’t the time be better spent coaching skills? No doubt drills are seductive, some even look like the skill, we can repeat them until they are flawless and then what? 95% of drills have no transfer to skill so what is the attraction. END_OF_DOCUMENT_TOKEN_TO_BE_REPLACED 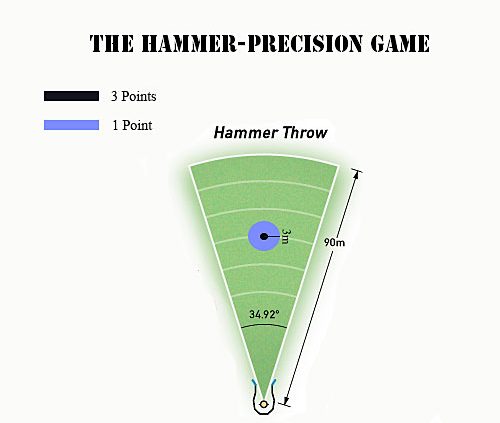 Today I want to tell you about a game that can teach you working with the hammer differently. We all struggle with the monotony of winter training and sometimes it is hard to find the motivation for the fine technical work required to throw far. This game will teach you to find your “fine feeling” of the throw. END_OF_DOCUMENT_TOKEN_TO_BE_REPLACED

Two weeks ago Vern and I got the opportunity to present at the Scottish Athletics annual coaching conference. At the end of the seminar we got that chance to pose some questions to all the presenters at a roundtable session. We recorded that discussion and present it as this week’s episode. END_OF_DOCUMENT_TOKEN_TO_BE_REPLACED

“Simple choice with complex implications: You can do drills or you can train skills. If you want to get better at your sport train skills. Don’t forget drills do not equal skills.”

This needs a bit of elaboration; it is not an either or proposition, there is a place for drills if they are used properly. END_OF_DOCUMENT_TOKEN_TO_BE_REPLACED

As Nick wrote in a post last week, he is all for drills. I am more of a skeptic in the drill department, having seen so many worthless drills over my career. But as usual, there are some common points we can agree on and in this episode we discuss drills and try to find the proper place for them in training. END_OF_DOCUMENT_TOKEN_TO_BE_REPLACED 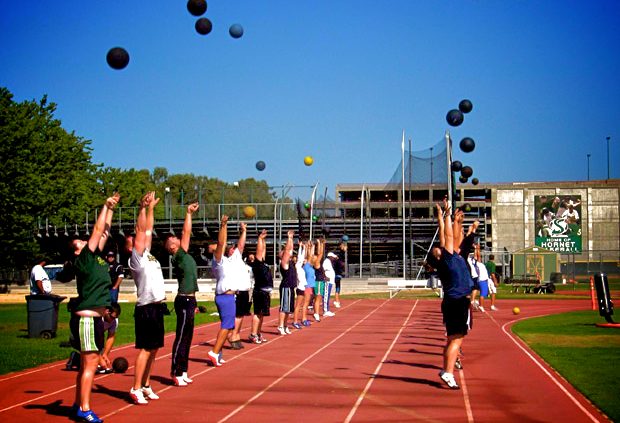 As a young inexperienced coach it was my goal, like most all coaches, to be the best I possibly could be. The way I figured I was going to do this was by first distinguishing who had the best program and then seeking out the coach of this program. This quest actually began when I started my junior college throwing career. At this time there was no question that coach Art Venegas and the UCLA Bruins were at the top. I distinctly remember going to my first major track meet, the Pac 10 Conference Championships hosted by Stanford University, to watch the Bruins live in action. I could not wait to see them throw and oddly enough my seats were right in front of Coach Venegas. I listened to every word and every cue he gave his throwers. Although, I was relatively inexperienced, especially having zero knowledge about the rotation, I noticed right away that the Bruins had distinct characteristics in their technique. Little did I know that in the future I would be competing against the Bruins while attending college at Cal State Northridge. END_OF_DOCUMENT_TOKEN_TO_BE_REPLACED