Last Tuesday, I worked together with Terry McHugh and the United School of Sports to bring Harry Marra to Zurich for a coaching workshop. Marra is one of the world’s best multi-event coaches and currently guides decathlon word record holder and Olympic gold medalist Ashton Eaton. But rather than focusing on the training methods he uses for his athletes, Marra presented on the art of coaching to a diverse crowd filled with coaches from more than a dozen sports including figure skating, BMX, and even fistball.

While Marra talked about several facets of being a good coach, nearly every point came down to communication. And this applies to all sports. Coaches are essentially teachers; they have to understand their topic and then convey it to athletes  The latter part is the hardest and that is where proper communication fits in.
END_OF_DOCUMENT_TOKEN_TO_BE_REPLACED

WOD is an acronym for workout of the day. Is a cornerstone of a popular fitness craze that needs to be totally re-examined in light of the injuries caused by it and the number of people put in the hospital with Rhabdomyolysis (That is for another blog at another time) Let’s look at WOD in the light of what training should be. The workout, the individual training session is the building block of a comprehensive training program. No one workout is an end unto itself; each workout is a means to an end. Yesterday’s workout should seamlessly flow into today’s works and today’s workout should set up and connect with tomorrow’s workout. That is sound training – simple and effective. In addition each workout is not designed to be as hard it can be. There is a rhythm, a flow of alternating hard and easy workouts all designed to achieve adaptation to the desired training stimulus. END_OF_DOCUMENT_TOKEN_TO_BE_REPLACED

Now is the time to take a step back and look at the approach to Strength & Conditioning as it has evolved. Basically what we see happening is that we have the means to an end (Strength Training) become an end unto itself. Instead of having sport demands and qualities of the individual athlete drive the training the emphasis is on chasing numbers in the weight room. END_OF_DOCUMENT_TOKEN_TO_BE_REPLACED

If you don’t get the basics right then everything that follows will be compromised. In my experience the difference between good and great is that that the great ones always pay attention to the basics and have flawless mastery of the basics. They never stray far from the fundamentals; in fact no matter where they are in their career they touch the basics everyday. Sure it is mundane, some have called it boring, but to be the best requires mastery of the basics. Advanced skill and technique is built upon sound fundamentals. END_OF_DOCUMENT_TOKEN_TO_BE_REPLACED 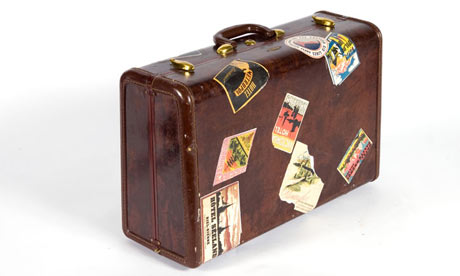 Question: Do you have any suggestions for getting rid of jet lag? -Greg 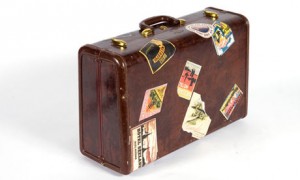 It’s the traveling time of the year again. Collegiate athletes in America are starting to make trips across the country for the various rounds of the NCAA Championships. The best throwers will then start their international season, demanding trips to Europe. While travel is fun, it can only hurt your performances. In the best case scenario, the travel takes nothing out of you. In the worst case, it can ruin a competition. And jet lag is just one of the things that can affect you. After more than a decade of international competitions I have a few tips that I can share that should reduce its impact.
END_OF_DOCUMENT_TOKEN_TO_BE_REPLACED

The process of getting to be the best is not a straightforward linear path, it is a process and it takes time. In my forty-four years of coaching I have seen that many are called to walk the path but few actually choose. Yes you read that correctly. Many are called but few choose. The opportunity is there for many but few will make the choice because it is a difficult path that requires moving out of their Comfort Zone. END_OF_DOCUMENT_TOKEN_TO_BE_REPLACED 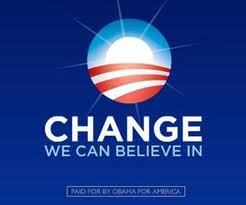 If you look past the oiled up muscles and ads promising the latest and greatest supplements, T-Nation is one of the best resources online for the discussion of new ideas about training. Sure, some articles there are based on inaccurate hearsay or seem written more for the author to hear his own voice, but it also collects together input from some of the top young minds in athletic development looking to teach and learn like Wil Fleming, Chad Smith, and Derek Woodske. All three are former throwers and run their fantastic blogs of their own. But no matter the author, the site always leave you thinking and help on developing your own training philosophy.

A few weeks ago Chris Cralle pointed out an article on change, one of my favorite topics. In the article trainer Todd Bumgardner essentially makes the assertion that changing exercises in training is a bad thing. Merely adjusting volume and intensity is all the change an athlete needs. As he puts it “A new exercise variation typically isn’t the solution; an innovative way to load a proven exercise typically is.” The author makes a few good points: change done to make things interesting is bad and training needs to focused on the event. But after that our opinions diverge. I think change is one of the most crucial factors in developing a good training plan.

END_OF_DOCUMENT_TOKEN_TO_BE_REPLACED

Yesterday afternoon I was in Hasely Crawford Stadium in Port of Spain Trinidad watching over three hundred track & field athletes of all ages train but I could have just as well been in London, Brisbane or back home in Sarasota. What I saw was a bunch of drills and exercises; it was obvious in most cases the drills were just imitations of what someone had seen on YouTube or learned at a workshop. END_OF_DOCUMENT_TOKEN_TO_BE_REPLACED

I always like to end my training with a good throw. I used to think of this tendancy as a superstition, but recently I have begun to think that it may actually have a real positive affect on my training, both psychological and perhaps also physical.

I’ve had this habit since I started playing other sports as a kid. In basketball, for instance, I inherited my father’s insistence of not leaving the court until I made my last shot. That’s a habit I continue today in pick-up games with friends and have carried into hammer throwing. This habit served a few purposes: it encouraged me to focus on technique if I wanted to ever leave the court and it also left me leaving with a more positive reflection on the game or practice. The same can be said with hammer throwing.

In April I read the New York Times bestseller Thinking Fast and Slow, by the Nobel Prize winner Daniel Kahneman. Kahneman is a psychologist whose research has focused on topics like the psychology of judgment and decision-making. In particular, he has identified many biases and heuristics that impact the way we think. One such heuristic is the Peak-End Rule. The rule states that how we judge experiences is largely based on how they were at their peak and at their end. For example, how we judge a practice will be affected by how far our furthest throw was and how well it ended. Numerous studies have shown this heuristic affects and will cause people to rate more painful incidents better than less painful ones. END_OF_DOCUMENT_TOKEN_TO_BE_REPLACED

Just getting in hours will not do it. Anyone can go through the motions, huff and puff and look like they are working. Just doing work is not good enough; you must train with ICE –Intensity, Concentration, Effort.. END_OF_DOCUMENT_TOKEN_TO_BE_REPLACED