Training is slowly progressing and going much better than the last time I posted. I hope to be in shape to throw 65 meters at my first competition next month. I hope you get a chance to come and watch. My season will begin at the small and local Pacific Luthern University Invitational in Tacoma on April 12th. I will spend the next week training in Arizona before competing at the prestigious Mt. SAC Relays in Southern California on April 20th. My final competition of the month will be the Kamloops Spring Throws Festival on the 26th and 27th. After a busy April, I do not have any competitions planned in May yet.
END_OF_DOCUMENT_TOKEN_TO_BE_REPLACED

I just returned from another weekend of training in Kamloops. Coach Bondarchuk changed my training program so that I am now throwing the 6 kilogram (13.2 pound) hammer for a few weeks. This should give my body a rest after throwing very heavy implements for the past month. I also am taking a break from lifting to do more dynamic bodyweight exercises. Coach Bondarchuk was very impressed with my technique and said it is coming along well. Below is a training video from Saturday’s afternoon session:
END_OF_DOCUMENT_TOKEN_TO_BE_REPLACED

As spring approaches, I am starting my final preseason preparations for the season. Normally, this is the time of year where I tend to throw heavier hammers to build up the specific strength I need to throw the hammer further. While weight room strength plays a role in the hammer throw, it is more important to obtain specific or “special strength” and the only means of doing this is through throwing heavy hammers as well as doing similar exercises that mimic the competitive movement. This season, Coach Bondarchuk has me throwing the 9 and 10 kilogram (20 and 22 pound) hammers several days a week and the competitive hammer (16 pounds) several days a week. The variety is great, but in February I will throw only the heavy hammers before beginning to throw the competitive implement as the season begins in April. It has been two years since I have thrown the 10 kilogram hammer and it is exciting to see the progress I have made in the meantime. I’ll try and post again about my goals for the season in the next few days. END_OF_DOCUMENT_TOKEN_TO_BE_REPLACED

I took my last final of the quarter on Friday and am already in Kamloops training. It is great to get away from things for a few days. Things were getting hectic last week and I had some of my worst days of practice this season. After 24 hours with Coach Bondarchuk, my throwing feels as good as ever. I don’t think I have ever been as consistent technically as I have been over the past few days. Coach Bondarchuk was also impressed and said I look very powerful and my technique was solid. Unfortunately, I am throwing inside, so I have no idea how far I am throwing. I’ll keep you all updated once I get to measure some throws. END_OF_DOCUMENT_TOKEN_TO_BE_REPLACED

The past few weeks of training have been great. I am starting to hit my stride and am way ahead of where I was last time this year. In training over Thanksgiving weekend, I threw approximately 205 feet. For comparison’s sake, I did not throw that far in training last season until February. I also spent this last weekend up in Kamloops. Winter has come on quickly and it was a chilly 8 degrees fahrenheit on Saturday morning with a wind chill factor of minus 4 degrees. Luckily we threw indoors that morning, where coach Bondarchuk was also impressed with my progress. To get an idea of what the weather is like, check out my teammate Mike Letterlough’s recent blog post. END_OF_DOCUMENT_TOKEN_TO_BE_REPLACED 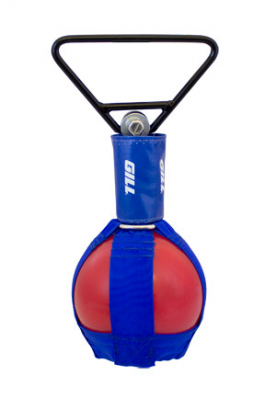 I mentioned in my last post that I had published my first article. I have actually published one prior article back in the Summer of 2006. Track Coach, the technical periodical of the US Track and Field Association, published my article on track and field training called Rethinking Your Approach to Training for the Weight Throw (available below). The weight throw, for those of you unfamiliar, is the indoor version of the hammer throw. It is shorter and heavier, but athletes use essentially the same technique to throw the implement.
END_OF_DOCUMENT_TOKEN_TO_BE_REPLACED

I just published my first legal article today! If you have a weird interest with tax law like I do, check it out: Client-Auditor Communications and The Privilege Doctrines: An Analysis of United States v. Textron, 26 TAX MANAGEMENT WEEKLY REPORT (BNA) 1555 (Nov. 5, 2007). Besides that, training continues to go well. Because I was working this past summer, I was not able to train as much as I would have liked to. I also pinched a nerve in my lower back that slowed me down. Since I arrived back in town I not only found more time to train, but I also have been rehabilitating my back. The process is slow, but the good results are finally starting to return. I doubt I will compete indoors this season as the main goal will be the 2008 Olympic Trials in June. END_OF_DOCUMENT_TOKEN_TO_BE_REPLACED

In order to keep everyone updated on how my training and life are progressing, I will regularly update this section of my webpage. I returned from working abroad at the end of September and immediately began training for next season. This quarter of school has been hectic, but things are beginning to calm down and I am beginning to get into my normal routine again. Luckily, although busy, my schedule is also flexible now and it has allowed me to travel to Kamloops, British Columbia to visit my coach three times during October. I have not been able to travel up there since April, so it was nice to see their new indoor throwing facility. Coach Bondarchuk currently has me throwing light implements and doing general training to get back into shape before starting more intense training during November. END_OF_DOCUMENT_TOKEN_TO_BE_REPLACED