Every month we take a deep dive into the latest research in sports science. Continuing on from this site’s analysis of the Tokyo Olympics, our first research summary looks at sprint pacing strategies and distribution of effort across the rounds of championship. We then continue to look at new research on creating a high performance environment, mental health in elite coaches, the effectiveness of mentors, and much more. 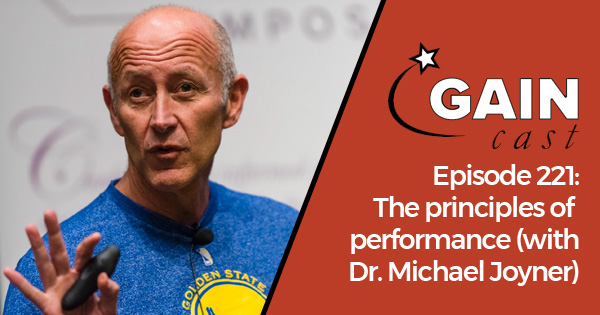 High performance comes in many forms: winning a gold medal, fighting a pandemic, or simply managing people. Dr. Michael Joyner has experience across all of these areas as a research on the limits of human performance, and the lead research on breakthrough COVID therapies. He joins this week’s podcast to share some insights on the principles of high performance. 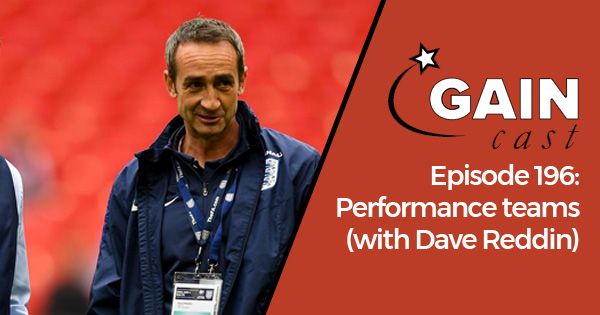 Dave Reddin has helped assemble performance teams and structures at England Rugby, the Football Association, and British Olympic Association. Together, they achieved historic results. On this week’s GAINcast he joins us to discuss how coaches can best work together to support a team, as well as thoughts on how sports science and monitoring can best fit into the performance equation. END_OF_DOCUMENT_TOKEN_TO_BE_REPLACED

Every month we take a deep dive into the latest research in sports science. This month we start off by looking at some of the key success factors behind Caribbean sprint supremacy. Then we learn advice from top researchers, a look at systems thinking, and much more. END_OF_DOCUMENT_TOKEN_TO_BE_REPLACED

In the last year I have met with many organizations that are inquiring about what exactly a high performance program is. High performance models are not new to the world, but they are new to the professional sports scene in North American. The success of the Australian Olympic team through the 2000 Olympic Games was followed by the success of the British Olympic Team at the 2012 and 2016 Olympic Games. This has led to a wave of interest in North American teams to create a better performance environment and find ways to give their organization an edge. END_OF_DOCUMENT_TOKEN_TO_BE_REPLACED

Over the last decade the field of sports science has grown exponentially. At the same time it has started to lose its way. Rather than telling players what they can do, it often tells players what they can’t. Rather than focusing on adaptations, it focuses on measuring loads. And rather than being coach-driven, training has become driven more by the backroom staff. On this episode of the GAINcast, Tony Studwick shares his experience as a sports scientist. In more than a decade with Manchester United he saw first hand how the field has evolved and what the best teams do differently in this area. END_OF_DOCUMENT_TOKEN_TO_BE_REPLACED

John Kiely has done some groundbreaking work on periodization, but that isn’t the only topic he is interested in. When it comes to his work with rugby, track and field, and soccer he focuses on making an impact through coordination. On this week’s podcast we take a look at the framework he uses to understand coordination, and how that translates into some surprising methods with athletes. END_OF_DOCUMENT_TOKEN_TO_BE_REPLACED 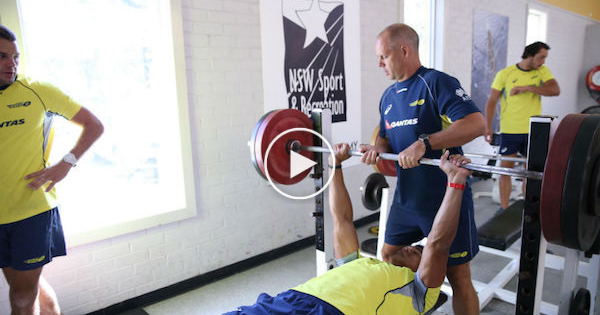 On last week’s GAINcast, Lachlan Penfold took us on a journey through his career working. Penfold is a master of setting up a performance environment, and his results in a variety of different sports is proof of that. One stop on that journey was with the Sydney Roosters, a professional rugby league competing in Australia’s National Rugby League. He worked as head of performance and science for three seasons that culminated in the 2013 premiership title. Since then has worked for Australian 7s rugby, the Golden State Warriors, and currently with the Melbourne Storm, who he has also helped win a premiership title in the National Rugby League. END_OF_DOCUMENT_TOKEN_TO_BE_REPLACED

Note: The following notes were written by a junior thrower I co-coach together with Armin Spoerri. Additional thoughts from my perspective as a coach are included at the end of the article.

This spring I asked Martin Bingisser about the possibility of doing a training camp, but none of the Swiss throwers had anything planned in July. As an alternative he came up with the idea of sending me to 2008 Olympic Champion Primoz Kozmus in Slovenia. From the beginning on, it seemed pretty surreal, me, a 19 year old thrower who throws around 50 meters, is going to be coached by an Olympic Champion. But it actually happened. END_OF_DOCUMENT_TOKEN_TO_BE_REPLACED