I see too much emphasis on limitations and dysfunctions either imposed from the outside because of results on an artificial movement screen or self-imposed by the athlete. As a coach I am much more interested in what you can do rather what you can’t do. Certainly any real or received limitations should and will be taken into consideration but we can figure it out and dial up or dial down the training so that it is appropriate for what the athlete can do. END_OF_DOCUMENT_TOKEN_TO_BE_REPLACED

The solutions to the issue of the explosion of hamstring are quite straightforward. Here some of the things that have worked for my colleagues and me. All of these take a deep commitment to coaching movement. END_OF_DOCUMENT_TOKEN_TO_BE_REPLACED

Everyone works hard. How is your hard work different than someone else’s? Are you doing anything different that will separate you from the pack? Are you doing it better? It is more than time on your feet accruing more miles or chasing a black line at the bottom of the pool. You could train a monkey to do that. END_OF_DOCUMENT_TOKEN_TO_BE_REPLACED

Foundational Beliefs #7 Embrace The Difference – Nobody Is The Same

Recognize that no two athletes are the same. They may be in the same sport, in the same event or play the same position, no matter – they are different. END_OF_DOCUMENT_TOKEN_TO_BE_REPLACED

Foundational Beliefs #2 – It Is Always About The Athlete

It is so easy to get caught up in the intricacies of technique and training and lose focus on the athlete. It is the athlete we are guiding to be better. A wise old American football coach put it quite succinctly – “It is not the X’s and O’s it is the Jimmies and the Joes.” END_OF_DOCUMENT_TOKEN_TO_BE_REPLACED

I have been getting many requests to evaluate certain popular training programs. Rather than specifically evaluate any program I think it is better to describe the characteristics of a sound program and you can use this to evaluate and draw your own conclusions.  END_OF_DOCUMENT_TOKEN_TO_BE_REPLACED

My favorite time of the training years is the so-called championship season. I say so-called because champions shine all year by winning workouts and preparing for this special time. This is the time leading into and including all the big championship meets. This is the time where all the hard work pays off and the time to shine and compete. I am privileged to work with three swim clubs as a consultant on their dryland training – Carmel Swim Club, Carmel Indiana, Dynamo Swim Club, Atlanta and Sarasota YMCA Sharks. END_OF_DOCUMENT_TOKEN_TO_BE_REPLACED 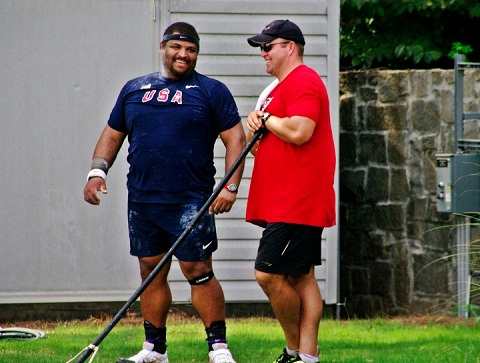 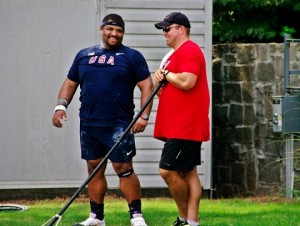 Don: The answer is yes to both. When setting up a training plan, I try to look at the overall situation, and then prescribe a plan. The base of the plan will be to address the basic needs of the event from both a physical standpoint and a technical standpoint. There is not a preset plan that I could say is “my system.” If the athlete is new to the program, or a new athlete that I am working with the has been training for some years, I take a look at what they have done in the past as the “base” and then modify it to the situation at hand. Koji had expressed this to me in the past as if you have a training footprint or path is one direction. You have to continue to work down that path or deviate it slightly if this is the case, you cannot just pickup and go a completely different direction. This is the foundation of my training philosophy. Each athlete will also have a plan based upon addressing certain weaknesses and body balance issues, and with regard to technique, the technical model will be based around their strength and weaknesses too. It takes a lot of thought and time preparing, but it seems to be the only way to get the most out of someone in each case. A one size fits all system just does not meet the specific needs of every individual.
END_OF_DOCUMENT_TOKEN_TO_BE_REPLACED 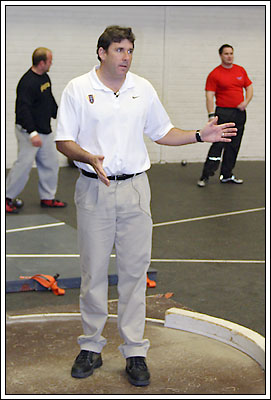 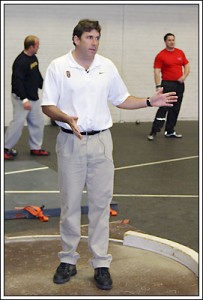 Reese is much more steady and methodical, which again is manifested in his performance and results (very steady). Reese does not like change, he likes to keep homeostasis, so to speak, and do the same schedule and train the same way each year. Sure, there will me minor variations because of schedule, injury, etc., but he tries to replicate the same high level results each year. When things go a little off for Reese, he does not respond too well, and likes to keep things in a controlled situation. He does not like experiments.
END_OF_DOCUMENT_TOKEN_TO_BE_REPLACED