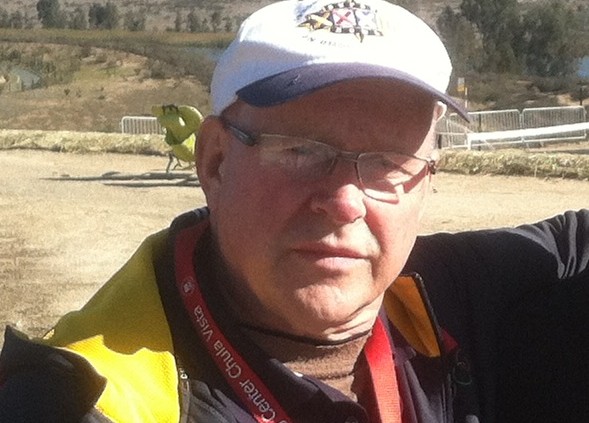 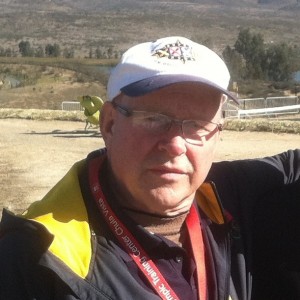 To continue the discussion, I posed the same question to Dr. Klaus Bartonietz, a biomechanist who worked for more than 15 years at the German Olympic Training Center in Rheinland-Pfalz/Saarland. In addition to being a scientist, he was also a successful throwing coach who guided Boris Henry to over 90 meters in the javelin. His 2000 work “Hammer Throw: Problems and Prospects” for the International Olympic Committee is the best summary available of the current findings in research on hammer throw technique. Currently he is editor of the leading German track and field technical journal and works as a speaker and consultant on a variety of training topics. His comments are below and cover four areas of research. As I mentioned in the past post, if you are a student or scientist who would like to do research in this area, or are already doing research on another topic, please get in touch with me since I would love to follow your progress.
END_OF_DOCUMENT_TOKEN_TO_BE_REPLACED 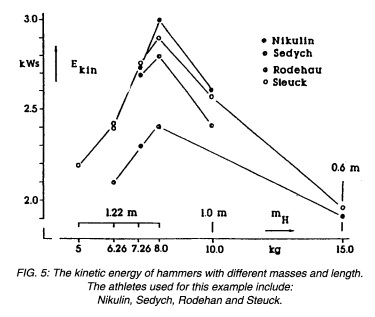 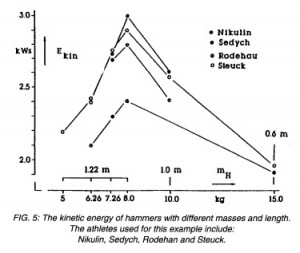 My thoughts on short hammers sparked a lively discussion over the weekend. One comment by Tony Dziepak sparked my interest by touching on the science of both heavy and short hammers. Dziepak noted that in order to replicate the body’s counter against the competition hammer, the weight and length should be adjusted proportionally. He also noted that when throwing a short implement, the hammer is closer to the thrower’s body and the transfer of kinetic energy to the hammer therefore happens faster. This latter point is important to me since I find it harder to develop patience with these shorter hammers for this exact reason.

These comments had me thinking of a 1994 article from the Australian journal Modern Athlete and Coach. In the article, German coach and biomechanist Dr. Klaus Bartonietz provided some scientific insight into throwing light, heavy, and short hammers. He noted a few things: END_OF_DOCUMENT_TOKEN_TO_BE_REPLACED