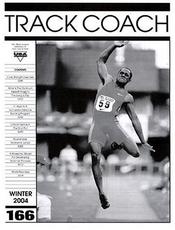 The second article focuses on some common errors and ways to approach fixing them. I talk about technical issues on here from time to time, but I often stay on the theoretical level and have never attempted to put the different pieces together. This was an attempt to do so in a very quick and readable way. As always, we look forward to hearing your feedback.
END_OF_DOCUMENT_TOKEN_TO_BE_REPLACED 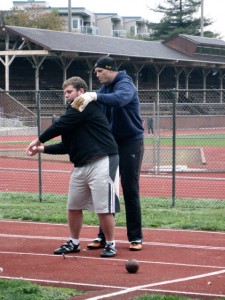 When I was 18, I met Harold Connolly and began learning all over again. This time, I had a plan. For weeks I did drill after drill, but not one throw. Harold’s theory was to perfect the basics of technique before ever entering the ring. Even after I began throwing, drills took up a significant part of my training for the next four years. My footwork was great, but in hindsight that isn’t where my focus should have been. My footwork has never been a problem, but I still have issue with my balance and rhythm. Drills can’t replicate the true rhythm of a throw. Only a throw can, and that should have been my focus from the beginning. END_OF_DOCUMENT_TOKEN_TO_BE_REPLACED