A couple of weeks ago when going through some old computer files I came across an article I wrote on the USA Track & Field (Then known as TAC) Coaching Education program. This weekend I will be going to the USOTC in Chula Vista for some planning meetings on the coaching education program. As I have gotten back involved over the last eighteen months I have become increasingly aware of how few people know the history and origins of the program. The programs started with a meeting at the 1981 TAC Convention in Reno. A group of us felt that we needed to start a coaching education program. END_OF_DOCUMENT_TOKEN_TO_BE_REPLACED 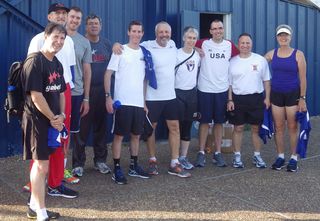 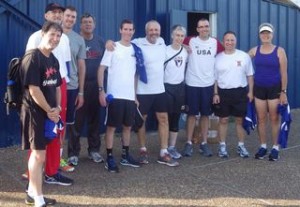 Calling it an experience is not meant as marketing hype or hyperbole. It is truly an experience in learning and discovery. It all starts with the faculty. From the inception of GAIN I have worked to have a faculty who are the best at what they do, who not only talk the talk but also walk the walk. They are not self-promoters and all over the Internet but they know their stuff and have produced results. I select faculty who are willing to share and can teach. END_OF_DOCUMENT_TOKEN_TO_BE_REPLACED 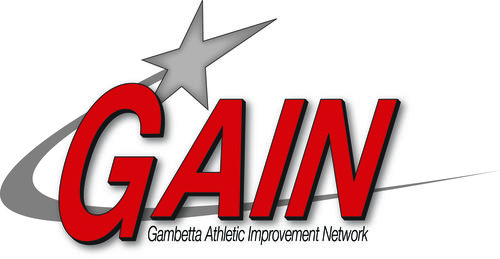 Many of you have asked what the GAIN program looks like. This is time schedule and the topics for 2013 GAIN. You can see it is a total immersion program and quite comprehensive in it’s approach. Not a moment is wasted, every opportunity for learning is used. In another post I will talk about the faculty. END_OF_DOCUMENT_TOKEN_TO_BE_REPLACED

I am in the midst of GAIN withdrawal syndrome. What is that? Well it is actually pretty simple, after you spend five days with highly motivated coaches, therapists and teachers who are hungry to learn and willing to share and you leave there is a very empty feeling. It is so stimulating and uplifting to be in that environment that it is difficult to return to the daily routine. Only 12 more months until GAIN 2014! END_OF_DOCUMENT_TOKEN_TO_BE_REPLACED

GAIN is an acronym for Gambetta Athletic Improvement Network. This emphasis is on network to connect professionals in order to facilitate learning and sharing of ideas. In my career I served as an apprentice to learn coaching skills and techniques and have been fortunate to have great mentors to guide and direct me. My goal in starting the GAIN program was to combine the best of a apprentice practice and the guidance of a mentoring experience hence the word Apprentorship. The objective is to provide an educational opportunity that will significantly advance people’s careers by sharing information with other professionals in a setting that encourages an open exchange of ideas. END_OF_DOCUMENT_TOKEN_TO_BE_REPLACED 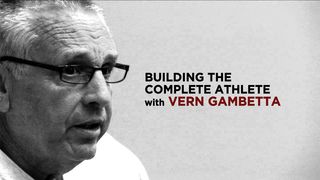 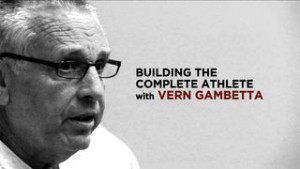 In 1992 I started teaching a seminar called Building and Rebuilding the Athlete. I taught the seminar on a regular basis from 1992 until 2005. It was a seminar/workshop that defined functional training and rehab and challenged conventional wisdom in those areas. The emphasis was on how all the components of training fit together to build a complete athlete who would be fully adaptable to the sport or activity they were training for. During that time virtually everyone who are now leaders in the field attended the seminar. I never videoed the seminar despite continued requests to do so. Fast-forward to Leeds in the UK this past November. I was invited by Brendan Chaplin, S&C coach at Leeds Metropolitan University to present the latest updated version of the Building and Rebuilding the Athlete seminar. It was a great audience and an outstanding venue. Brendan videoed the whole seminar and is offering it for sale. END_OF_DOCUMENT_TOKEN_TO_BE_REPLACED

This last weekend I was invited to present about training methods at the National Coach Development Programme Hammer Workshop in Loughborough, England. With the 2012 Olympics coming up in London, the country has been infused with cash and done a great job of using the resources wisely to develop coaching and facilities. Events like last weekend’s are commonplace, and Loughborough is putting the finishing touches on a beautiful covered throwing facility that will complement the indoor throwing facility they already have.
END_OF_DOCUMENT_TOKEN_TO_BE_REPLACED 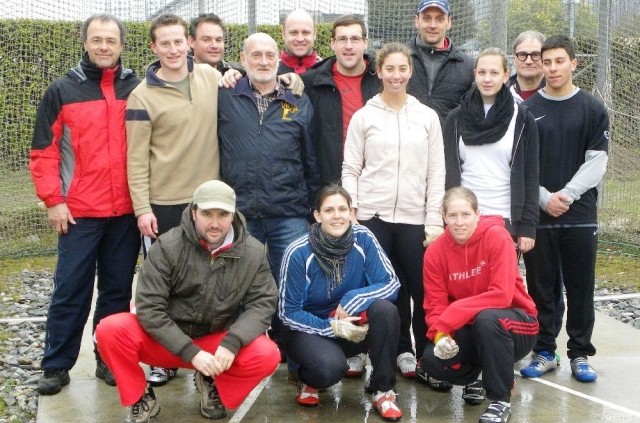 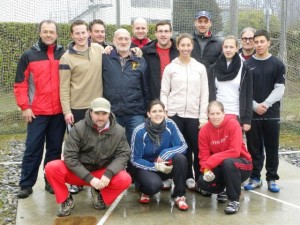 But the fortunes have changed. Last season I was the only thrower over 65 meters in Switzerland and I learned to throw in America. Two more throwers were over fifty meters, but both are over 35 and had either already retired or were nearing retirement. The next best result was under 50 meters and an underwhelming 45.98m was good enough for the bronze medal at the Swiss Championships. With few coaches and competitions, participation is low. We need to do something to turn things around, and thankfully the Swiss federation agrees. They invited the top throwers, coaches, and youth to a hammer throw workshop last weeked at the Tenero national training center near Locarno. This was the first such event here in more than a decade.
END_OF_DOCUMENT_TOKEN_TO_BE_REPLACED

As I’ve mentioned before, this past year I founded the Evergreen Athletic Fund to assist local throwers of all ages. I thought I would give you all an update on how things are progressing. With the slow economy, fundraising has also been slow. While we have found some generous donors, we are also moving forward with our broader plans. This past summer we hosted our first youth hammer throw competition with nearly every athlete recording a new personal best. We’ll be hosting another competition in early October and are also starting up a youth clinic series that will not only allow us to help youth athletes, but will also help us raise funds to meet our goals of helping elite athletes.
END_OF_DOCUMENT_TOKEN_TO_BE_REPLACED