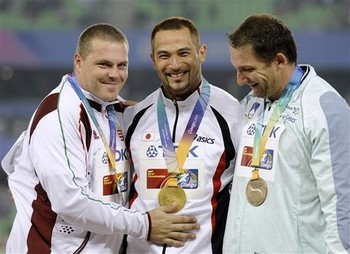 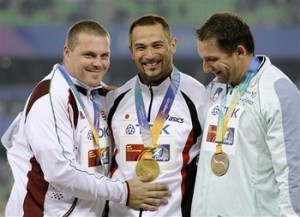 My top three also swept the podium in Daegu...only in a different order.

In February, Track and Field News releases their annual rankings for each event which are considered the international standard of success. I can’t wait that long, so I’ve compiled my own top ten list. The year is almost over after all.

My criteria is subjective, so let the debate begin. Feel free to post your own thoughts in the comment section below. If you want some stats for the season, check out the IAAF’s performance lists.

1. Krisztian Pars (HUN). Pars had a nearly perfect season. He had the best mark of the year at 81.89m. He broke 80 meters more than any other thrower. He won 20 of his 24 competitions and never placed lower than third. He won the more World Hammer Challenge competitions than anyone and walked away with the title. But there is a reason it was only “nearly” perfect. To be perfect he would have also needed a win at the World Championships. In a thrilling competition he took the silver as his final attempt just two inches away from the gold. But his overall resume was so strong I feel he had the best overall season.
END_OF_DOCUMENT_TOKEN_TO_BE_REPLACED

Question: When you talk about focusing on the orbit, what do you mean? -James

Yuriy Sedykh’s orbit during the 1976 Olympics.

END_OF_DOCUMENT_TOKEN_TO_BE_REPLACED

If you are interested in a short overview of the other throwing and field events, Jesse Squire and I gave a quick rundown of each event for the House of Run podcast last week.
END_OF_DOCUMENT_TOKEN_TO_BE_REPLACED 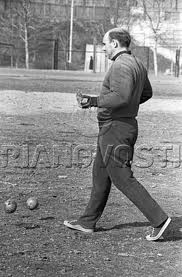 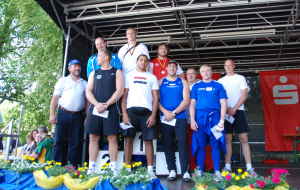 The Setting
I have a great sense of direction, but I’ve been to Fränkisch-Crumbach three times and I still don’t know exactly where it is. In general terms, the town of 3,000 people lies about an hour south of Frankfurt. But the great American invention of straight roads have yet to arrive to the area so I end up taking a new route each time. When you finally arrive, you feel like you’ve set foot in hammer throwing mecca.
END_OF_DOCUMENT_TOKEN_TO_BE_REPLACED 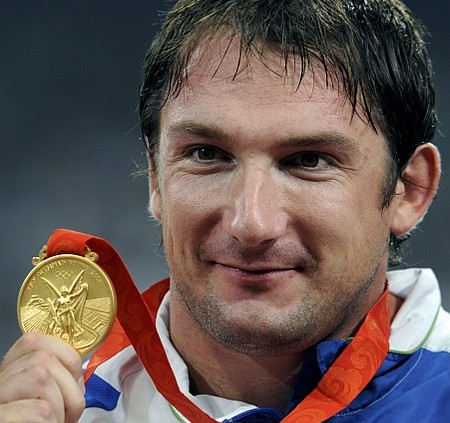 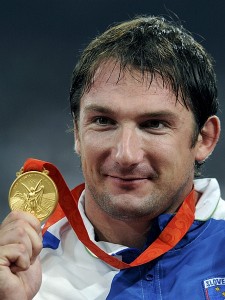 1 – The return of the champions. Primož Kozmus and Ivan Tikhon have won every Olympic or World Championship gold medal dating back to 2005. Kozmus was the Beijing Olympic champ and 2009 World Champion before announcing his retirement at the peak of his career. After one year away from the sport, he wanted back in the game and announced his return and plans to defend his Olympic gold. His goals for this season are modest, he’s aiming for 78 meters and a spot in the finals in Daegu, but it will be exciting to see if he can return to form under the guidance of his new coach. Tikhon has had a more interesting path back to the sport. After winning three world championships and throwing the second-best mark of all time, he was banned for a positive test at the Olympics and then stripped of his bronze medal. After a lengthy appeal with the Court of Arbitration in Sport, he was reawarded his medal and is now eligible to compete again. Both Tikhon and Kozmus have some of the best technique in the sport and will be a pleasure to watch again.
END_OF_DOCUMENT_TOKEN_TO_BE_REPLACED 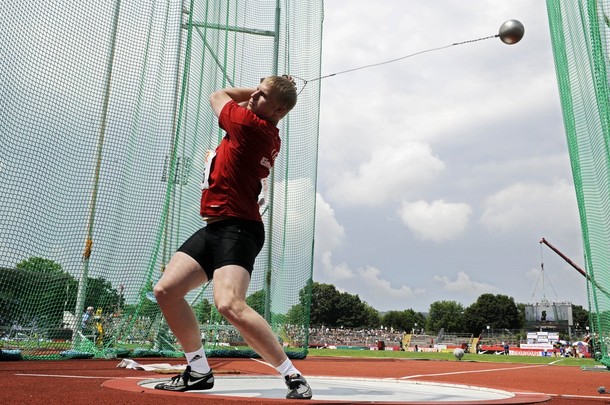 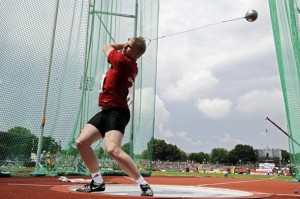 The Current State of Throwing

Sergej: Twenty years ago people tried to bring new things to hammer throw technique to make it better. Now the people think more about the strength and other ways to throw far. This is the easy and not the perfect way and sometimes its works for winning some titles. But our generation has to bring that back to our sport; we need the progress.
END_OF_DOCUMENT_TOKEN_TO_BE_REPLACED

It’s a simple concept, but it works. While the indoor season has been nearing its peak, many of the world’s best hammer throwers are already outside testing their form. Sergej Litvinov Jr. of Russia has already set a personal best of 79.76m and fellow countryman Aleksey Zagorniy topped 79.99m in February (with a foul of 82.80m). Down in South Africa, Kathrin Klaas upset fellow German Betty Heidler with a personal best of 75.30m. Nearly every European country has hosted winter throwing championships over the past few weeks and I’ll be competing at the European Winter Throwing Championships near the end of the month. The pre-season is in full swing.
END_OF_DOCUMENT_TOKEN_TO_BE_REPLACED 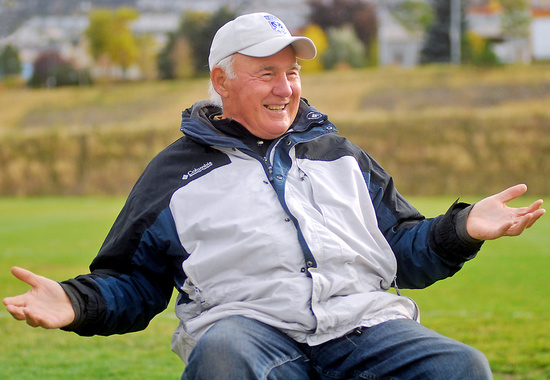 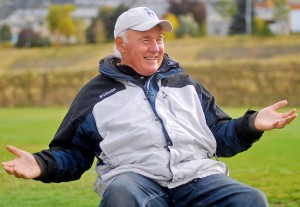 When I tell people that I’m coached by Anatoliy Bondarhcuk, their first questions tend revolve around his level of English proficiency. His English is actually relatively good after six years of living in Canada, as are the multiple other languages he speaks. However, when he first arrived it was another story. His advice was broken into choppy three or four word sentences. Onlookers seemed perplexed that we understood him, and were even more perplexed that we instinctively replied to him with our own version of broken English. But his messages nevertheless came through clearly. Sometimes you don’t need any extra words to say “push entry more” or “terrible” or even “double excellent.” I still remember one of his first pearls of wisdom to me: “If hammer feel heavy, then you pull. If push, then hammer feel light in hand.” He couldn’t have said it better if his English were perfect.
END_OF_DOCUMENT_TOKEN_TO_BE_REPLACED 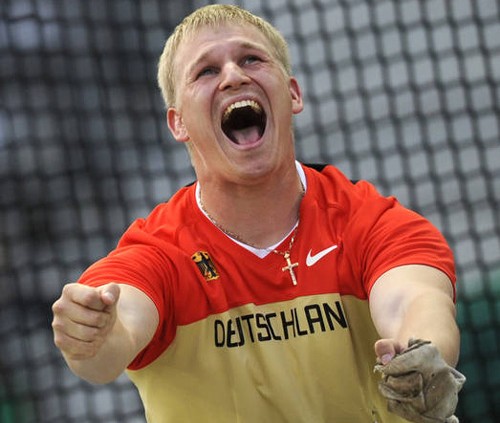 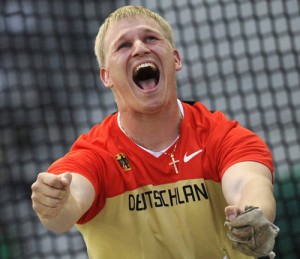 Litvinov, Jr. posted a link to this hammer throw instructional video. The video takes a subjective approach to hammer throw technique and says that the position of the low point during the winds should be individual for the athlete. Litvinov, Jr. quickly replied that this is wrong; the low point should never be on the left side for a right-handed thrower.
END_OF_DOCUMENT_TOKEN_TO_BE_REPLACED