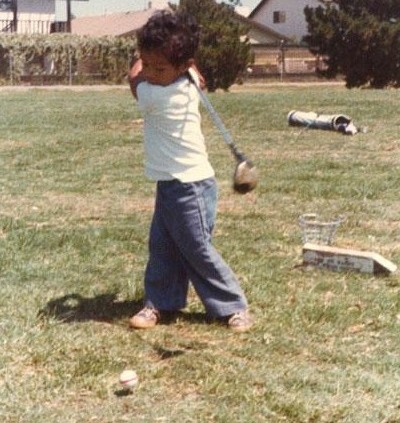 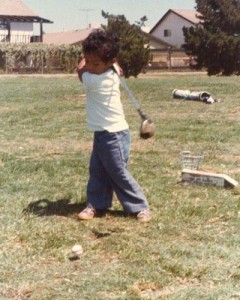 This trend is bad, but the common reaction against it is to focus again on only generalized training. As I argue in the article, there doesn’t need to be a choice between specialized and generalized. A combination can work even better and I bring in some examples from the throwing world.
END_OF_DOCUMENT_TOKEN_TO_BE_REPLACED 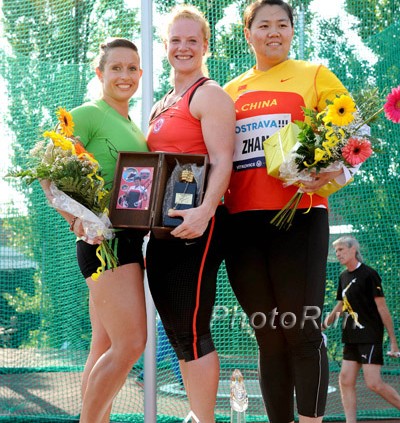 Anthropometrists felt that human physique distributed along a bell curve, and the peak of the curve-the average- was the perfect form, with everything to the sides deviating by accident or fault. 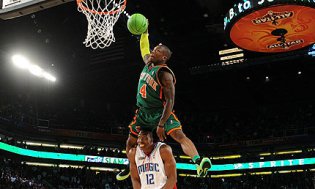 While short players like Nate Robinson can still find success in the NBA, the trend is towards taller and bigger athletes in the league and in the throwing events.

Fast forward a hundred years and each of those sorts has developed a distinct type of athlete that works best for it. END_OF_DOCUMENT_TOKEN_TO_BE_REPLACED 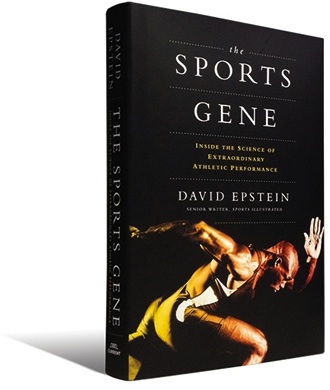 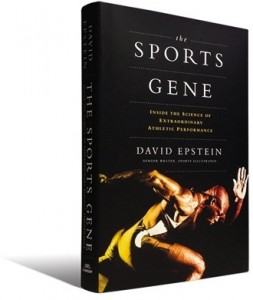 Nature versus nurture topic has been a hot topic lately, and was frequently discussed at the International Festival of Athletics Coaching. That is due to David Epstein’s new book The Sports Gene: What Makes The Perfect Athlete, which I just finished last week. Epstein, a former collegiate runner and writer for Sports Illustrated, has put together a must read book on the topic. Since the book’s release in August it has been covered by almost everyone who can write. Mass media outlets like the New York Times, New Yorker, Wall Street Journal have all covered it extensively. The book has also been written about by those within the track and field community since the book spends much of its time looking at track and field topics like Kenyan distance dominance, Jamaican sprint success, the high jump, and other events (I recommend Epstein’s extensive interview with the House of Run). Therefore, other than a whole-hearted recommendation to read the book immediately, there is not a whole lot I can do to add to the conversation. But that won’t stop me from trying.
END_OF_DOCUMENT_TOKEN_TO_BE_REPLACED

Over the weekend I had the chance to both present at and attend the International Festival of Athletics Coaching in Glasgow. While it was a pleasure to teach other coaches, I always enjoy the student role the most.

The IFAC conference is unique since, unlike most other conferences or seminars I have attended, it brings together coaches from every event. Therefore I took advantage of this and actually skipped the other throws presentations by Vésteinn Hafsteinsson. Hafsteinsson is indeed one of the world’s best throwing coaches, but I can send him an email anytime and ask questions. This was a one time chance to learn from some of these other coaches. Below are two topics that I found very interesting over the weekend: long term athlete development and integrated training systems. Check back later this weekend when I move on to one final topic: the brain and learning technique.
END_OF_DOCUMENT_TOKEN_TO_BE_REPLACED

Why do some athletes get it and make it and others with equal talent and ability fall by the wayside. This is a lifelong fascination of mine. Talent and ability are a given to make it to elite status, but it is so much more than that. Some athletes navigate the path easily and directly and other struggle, but both still make it. Why? Certainly athlete development and passage through to elite status is a process. There is no one model or framework. Nor is there a set time like ten years or a time period like 10,000 hours. No doubt it is related to practice depth and quality. It is related to coaching guidance to first ignite the spark of interest, then inspire and guide the athlete. END_OF_DOCUMENT_TOKEN_TO_BE_REPLACED 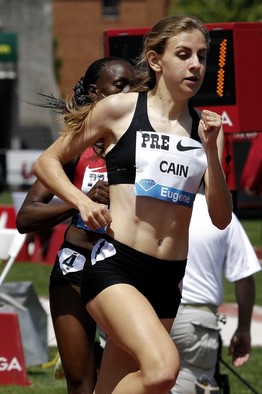 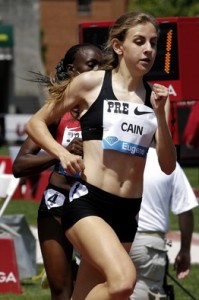 Last year I spent some time looking at talent identification and I came away with two main conclusions: (1) talent in the hammer throw is a complex combination of factors that is hard to measure in a test; and (2) even in the most straightforward test, throwing the hammer, isn’t a great predictor since few of the top youth and junior athletes continue on to be the best adults. But while both of these discussions try to explain why it is so hard to define talent, even I did not offer a definition of what exactly talent is.
END_OF_DOCUMENT_TOKEN_TO_BE_REPLACED 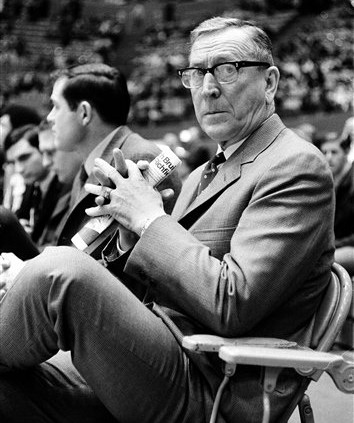 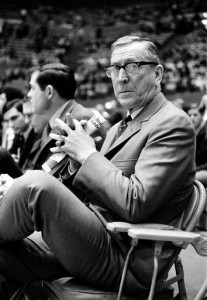 Talking with coach Harry Marra last week has gotten me to think more about coaching theory. Many of the topics Marra talked about concerned how to improve communication between athlete and coach. Coaches must know their sport, and the great coaches are those that can best convey it to their athletes. The great coaches will have athletes that are not just physical specimens, but also students and active learners. During a competition they are not on their heels waiting for a sideline instruction from their coach; they are proactively deciding their next move because their coach equipped them to learn for themselves.
END_OF_DOCUMENT_TOKEN_TO_BE_REPLACED 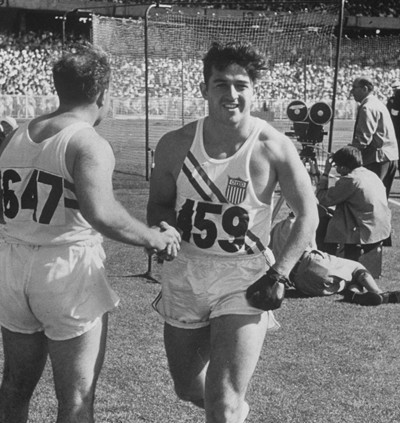 “The Rocky Road to the Top: Why Talent Needs Trauma” by Dave Collins and Áine MacNamara of Institute of Coaching and Performance, University of Central Lancashire, Lancashire, UK.
END_OF_DOCUMENT_TOKEN_TO_BE_REPLACED 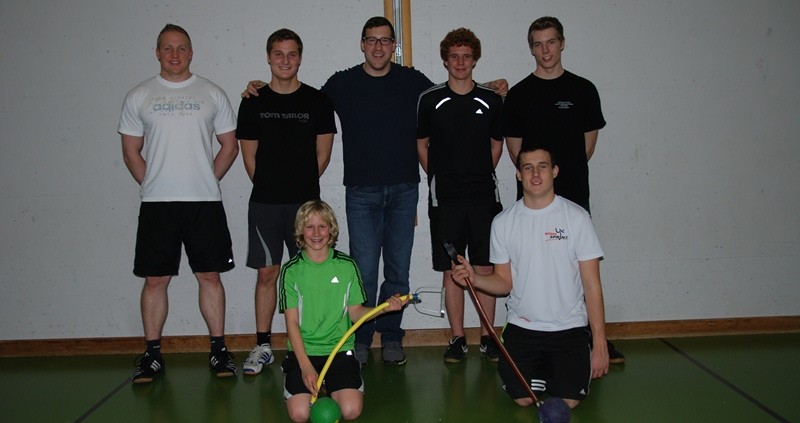 Four years ago Taylor Bush was a walk-on sprinter at the University of Arizona. Now the 22-year-old is one of the top hammer throwers in the NCAA with a personal best of 63.78 meters. In short, she is every coach’s dream. Every coach I know is looking for a way to spot the next talented athlete. But finding and measuring talent can be difficult, especially when it is hard to define. Perhaps the most highly analyzed athletes in the world are college quarterbacks. Yet as Malcolm Gladwell thoughtfully discussed several years ago, even highly trained NFL scouts spending countless hours doing tests and analyses still have a poor success rate in recognizing the next star quarterback. The book Moneyball showed other high profile sports have the same problem no matter how much they invest in the problem. END_OF_DOCUMENT_TOKEN_TO_BE_REPLACED 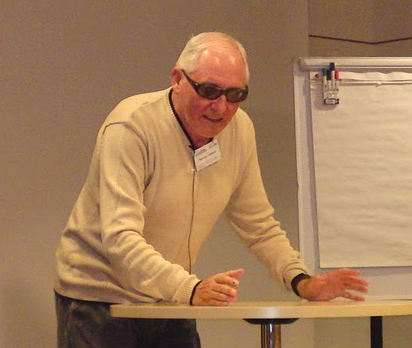 “Talent is something that is not only for Africans … For me, there are talented athletes like Africans in both [Italy and America]. The problem is, it’s difficult to find them. In Africa everybody goes running. Because if you become good, it is something for your life. And here everybody goes to do something else. But it is not that there is no talent.” -Renato Canova

I enjoy reading about the best athletes and coaches in every event and sport. Even though the marathon and the hammer throw are worlds apart, you’d be surprised at how much they have in common. Last month I stumbled upon a great Running Times profile of legendarian Italian coach Renato Canova from several years ago. The above quote comes from that article, where he discussed a range of topics including why Western runners can’t seem to keep up with Africans. His words immediately made me think of the throwing events too. 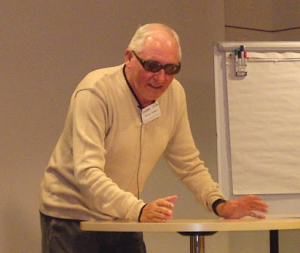 We all know that American and European distance runners have been pushed off the podium by Africans over the past few decades. Coach Canova knows this first hand, having been on both sides of the change while coaching some of the top Italian and Kenyan runners. But after coaching both groups of athletes, he concludes that the main reason Africans are better is because everybody runs in Africa. When a culture creates a large talent pool and a greater incentive to succeed, then they will develop more stars. It’s a simple formula: east Africans dominate the running events because running is central to their culture. Jamaicans outperform other nations in the sprints for similar reasons. And the former Soviet nations lead the hammer throw because they learn the event younger and in greater numbers.
END_OF_DOCUMENT_TOKEN_TO_BE_REPLACED